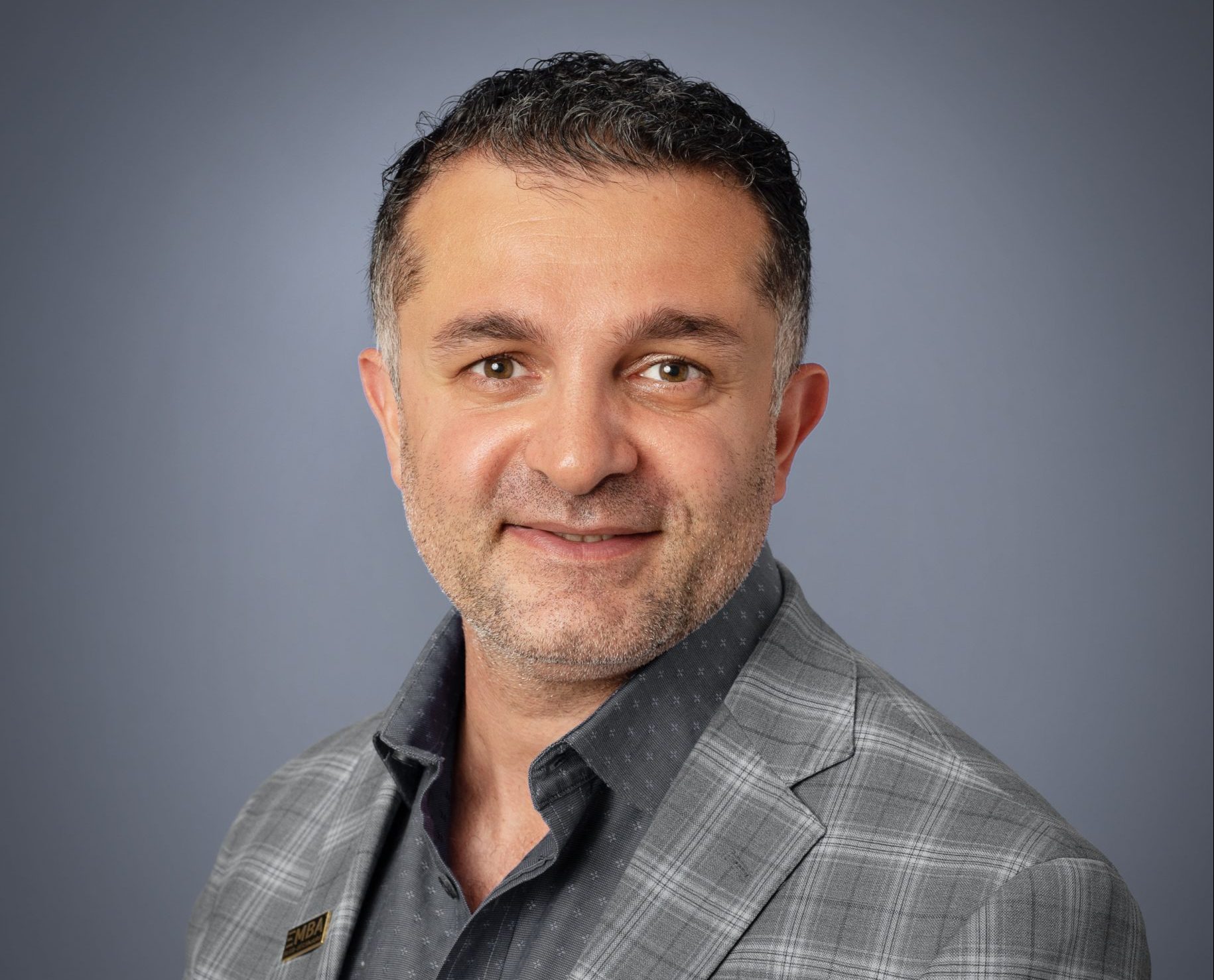 The role of data to empower business leaders to make better-informed decisions is seemingly ever increasing.

But, with the world’s economy becoming increasingly complex and volatile, it is the more digitally mature companies proving to be resilient to economic shocks.

In 2021, Dany El-Eid, director of North America at digital analytics software firm, Adverity, conducted a study into this topic. His research examined 10 companies’ strategies and tactics that have enabled them to be more data-driven, and looked at their performances during the two most recent recessions: The Great Recession of 2008 and the Great Lockdown of 2020.

What is data maturity?

In terms of what it means to be data driven, it refers more to a mindset and culture within companies to consider or make decisions based on data, and allowing the algorithms to make the predictions needed based on the reams of data that is accumulated over a specific amount of time. And to trust those algorithms to pass judgement, then for people to apply judgement to the predictions or the recommendations that the data unveils.

Being data mature or digitally mature refers to a scale or a type of benchmark to be able to define where companies sit on a data maturity scale.

El-Eid says: “So you have an early-stage data maturity, which is nascent, and essentially means that your data sits in silos within an organisation where none of the data company owns speaks to each other. So IT has their own data that they process, sales and marketing might have theirs, operations might have theirs. And oftentimes at nascent data mature companies, those don’t really connect. So in legacy businesses, especially, I’ll hear some of my friends tell me they don’t know what others are doing with the data across the organisation.

“Then the next step is having an emerging data maturity approach where some of the data starts to speak to each other. So maybe your sales and marketing might start speaking with your operational data, but it’s still rather disjointed.

“Then you have connected and multi moments. So really connected is where you start having more integration across the organisation. You’re able to have a fuller picture of all the data that’s being passed through the company. And then multi moments really refers to being able to pass inferences or being able to predict outcomes based on an entirety of data points of signals.

“Telcos do a good job at that, because they just have so much data passing through from their customers, the hardware they have, and all the different wireless stations. So all of that data passes through, and they can take into account things like weather data. They can take into account so many different signals. And when a company gets to that stage, they can make really impressive and accurate predictions based on behaviour and geography, and this is where it starts becoming really powerful. So that’s a bit of the scaled approach when we refer to data driven culture and data maturity.”

Creating a data-driven culture requires an organisation’s leadership team to evolve how it thinks about data and to adapt its business model accordingly. Executive teams must decide that turning data into an asset is a top priority, and formalise the inclusion of a chief data officer (CDO) within their ranks to centralise and extend the role of data across business strategy and help drive the vision.

El-Eid says: “I interviewed a lot of companies across different industries, different maturity levels, at different levels within the hierarchy.

“Those that had leaders who valued and actually invested more and understood the benefits of being data driven, of having a data driven mindset were, in fact, more successful. A lot of the companies are clustered within the emerging and connected stage, and a lot of companies, especially at the top, might tend to overestimate how data driven they are.

“But as you go down the ladder, you’ll see that it’s less and less accurate. But those had a really deep understanding of the technology is being used, investments being made in both the hard IT factors and the soft factors. And had a clearer picture of how that trickled down across the organisation. These companies were more successful.

“And again, referring back to the example of the telco. In telco you tend to have senior executives who are quite technical. And also have their finger on the pulse. In regards to how data is being used, across all levels of the organisation, however, the ones that were more nascent and emerging on the nascent stage – I’m referring to some companies in the travel industry and hospitality, for example – they tend to overestimate how data driven they are. It’s a lot more siloed and disjointed than they actually claim.”

A company cannot be data-driven if it does not focus on building the technology stack to enable it.

And turning data into an asset requires a company to audit all its data, both structured and unstructured, before investing in a robust digital infrastructure to process it.

El-Eid says: “DataOps is something companies are increasingly focusing on. When I started writing about it, for my thesis, it was not something that was commonly known, or a term used within an organisation. You have DevOps. That’s typically what falls under it. But DataOps has wider implications that have to do with understanding the workflow, and how the data pipeline within the organisation is architected and designed. That’s the part that refers to building an infrastructure so that you can start integrating all of your data.

“So it is increasingly an operational guideline that companies are starting to employ. As they start assigning or adding CDOs to their ranks, and the C suite and the boardroom, typically, that would fall under his or her mandate to really operationalise the data so that it becomes an asset within an organisation and not just, let’s say, insights, or figures. Really transforming the data into an asset that has a dollar value is essentially the outcome and purpose of that.”

To ensure a robust data architecture, organisations need to prioritise investments in data and technology. Following the Great Recession, JP Morgan’s total annual expenditure on technology climbed to $8.5bn in 2011; that same year, it was estimated that hedge funds would spend an additional $2.09bn on IT.

El-Eid says: “The majority of companies, based on my research, don’t have a successful outcome in the digital transformation and IT investments they make. They haven’t built the culture needed to be able to take advantage of the technology. They haven’t properly built a roadmap or infrastructure to get the most yield from that.

“So they start throwing money at let’s say, big names, because they hear Salesforce, or they hear IBM or SAP and they throw a lot of money at these companies. But then, essentially, we always hear that the migration or the transformation is just never ending. It’s a continuous work in progress for sure. But you need to have certain milestones and be able to map it out. So that you can assess your ROI from that. And a lot of companies that I’ve spoken to – I think it was somewhere around 70% did not yield the expected returns, and they blame the technology.”

Several studies have shown that the main internal roadblocks to enable a data-driven workforce are culture and talent skill gaps. In its third annual CDO survey, Gartner found that “poor data literacy” is the second biggest impediment to success, preceded by “culture challenges to accept change”.

El-Eid says: “Imagine needing to go deeper into understanding how data architecture is built, how different endpoints speak to each other, where to go and get the data that you need to be able to make certain decisions. Companies will either rely on just the IT department, and that creates a huge bottleneck, because you have all of the people in different departments. They don’t want to deal with that, or don’t have the skills to. So they will funnel everything into the IT department. And that’s going to create a huge bottleneck, and then nothing moves.

“That’s why companies need to upskill or rescale their workforce so that their data literacy is pervasive across the entire organisation. So that someone, if they need to, can go and source the information they need themselves. So they have familiarity with being able to deal with the necessary platforms.

“And that takes a lot of effort, especially in big organisations, to reskill everyone or have them adopt a new platform. Most people don’t want to learn anything new. So that’s the part that really generates a lot of delays. It’s the human aspect. And so we often then will hear blame on the vendor or blame on the technology as the reason why they didn’t succeed, rather than really looking at the human aspect of it within their own organisation.”

Another factor in assessing a company’s digital maturity is its ability to wield automation effectively. A company is in a strong position to make use of automation when it achieves satisfactory levels across core pillars such as people, process, technology and data. Typically, the main goal is decreasing costs and improving performance.

El-Eid says: “Not all processes and tasks and organisations will benefit from our automation. It’s not always the solution to the problem. To always want to automate everything does not fix underlying problems that might be there. So within organisations that have a broader spectrum for automating certain tasks, we’ll see that these will benefit most from digital and data investments.

“That really refers to how prone is a company to be able to automate certain processes and tasks versus ones that might not need to. So those that don’t really have the capacity or requirements to automate, will, by default, not move further along the data maturity scale, just because they don’t need to automate.”

Dany El-Eid will take part in a panel discussion at DMWF on June 23. The discussion, titled ‘We’ve got all the latest tech but we’re still not data-driven – whose fault is that?’, will cover: