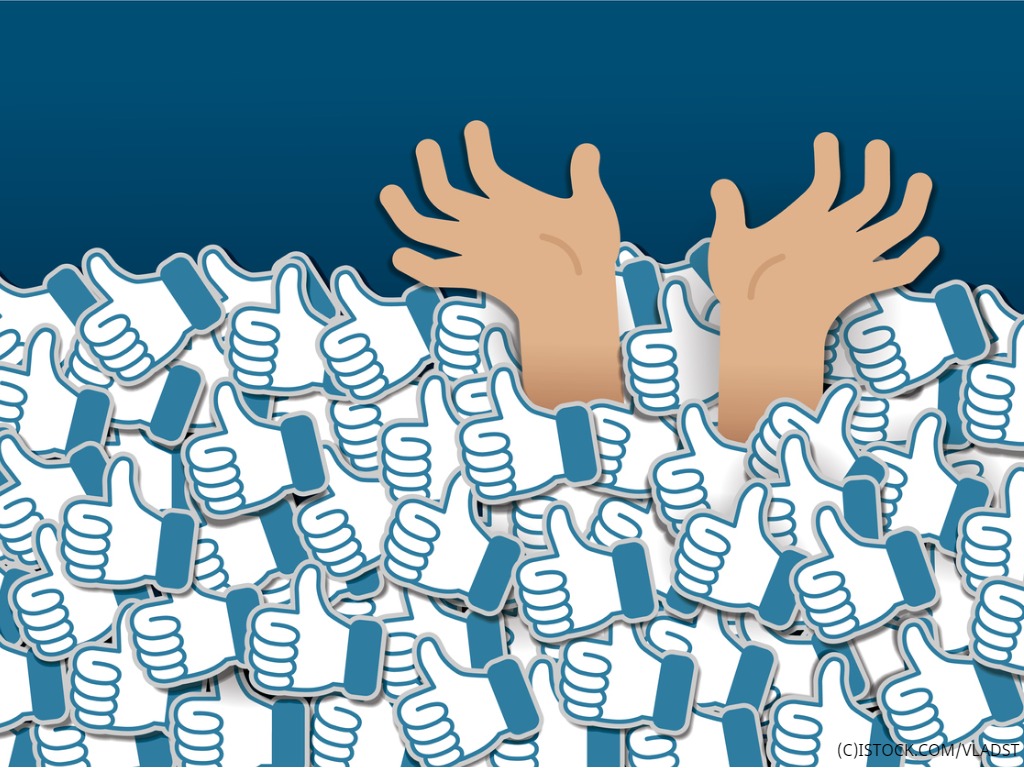 By James Bourne | 1st October 2019 | TechForge Media http://www.cloudcomputing-news.net/
Categories: Attribution, Social Media Marketing,
James has a passion for how technologies influence business and several Mobile World Congress events under his belt. James has interviewed a variety of leading figures in his career, from former Mafia boss Michael Franzese, to Steve Wozniak, and Jean Michel Jarre. James can be found tweeting at @James_T_Bourne.

Facebook is set to trial hiding likes from posts, the company has said, following on from tests conducted by subsidiary Instagram earlier this year.

The trial will be conducted in Australia initially and is based on positive feedback from mental health professionals around boosting users’ wellbeing. Users will still be able to see how many likes a post garnered if so desired.

“It really is just taking that number out of the equation, so that people can focus on the quality of their interactions and the quality of the content rather than on the number of likes or reactions,” Mia Garlick, Facebook Australia’s director of policy, told The Guardian.

There is no indication that the test will reach beyond Australia for now; as reported by the New York Times, the company will ‘gather feedback to understand whether this change will improve people’s experiences.’ Business users will still receive the same metrics as previously, the company added.

Instagram’s trial for hiding likes began in May in Canada with further tests pencilled in for Australia, New Zealand, Ireland, Italy, Japan and Brazil in July. While little has been said publicly regarding the results of those tests thus far, the theory around preserving user mental health was similar. A statement to Australia-based SmartCompany explained: “While this has been testing on Instagram, Facebook and IG are different surfaces and we will likely see different data come from this test.”

The concept of testing likes has by no means been restricted to the vendor side. Around the same time of the Instagram test, liqueur brand Kahlua put together a campaign which culminated in a New York exhibition whereby Instagram photos without a single ‘like’ between them were showcased.

The theory behind it was focused more around living life to the full and not committing every act to social media posterity. “We’re trying to go after a way to connect with our consumers and give them an opportunity to cherish life in the moment, versus spending all this time on social media focused on making things picture perfect,” Troy Gorczyca, Kahlua brand director at Pernod Ricard USA told MarketingTech at the time.

Kahlua’s campaign came with a survey which was more eyebrow-raising. Three in five millennials polled said getting a requisite number of likes was important for the photos they uploaded to social media, with more than a third (34%) checking within a minute of posting.

This potentially unhealthy pursuit of likes is something which Sean Herman, founder of family-friendly social hub Kinzoo, highlighted in April. “Platforms that allow children under age 13 to have accounts should not feature social validation metrics or make use of bots that automatically follow new users, like their posts, and leave comments,” Herman wrote. “To put it simply, these are manipulative features that give children a false sense of belonging, and children should not be exposed to them.”

Facebook has been focused on lifting the veil and opening up its platform. In August, the social giant launched Off-Facebook Activity, which aims to give users greater transparency on the data it holds with other websites, and disconnect it from their account in the future.

One initiative has recently hit a snag, however. According to the Financial Times, a project whereby Facebook would hand over a petabyte of data to an independent research group to assess political links is close to being abandoned after the latter expressed frustration that Facebook had been ‘unable to deliver’ all of the data promised.

A report from the NYU Stern Center for Business and Human Rights published last month outlined various potential methods of disinformation which could infiltrate the 2020 US elections. One prediction was that Instagram, rather than Facebook, would become the vehicle of choice for those who wished to spread meme-based disinformation.