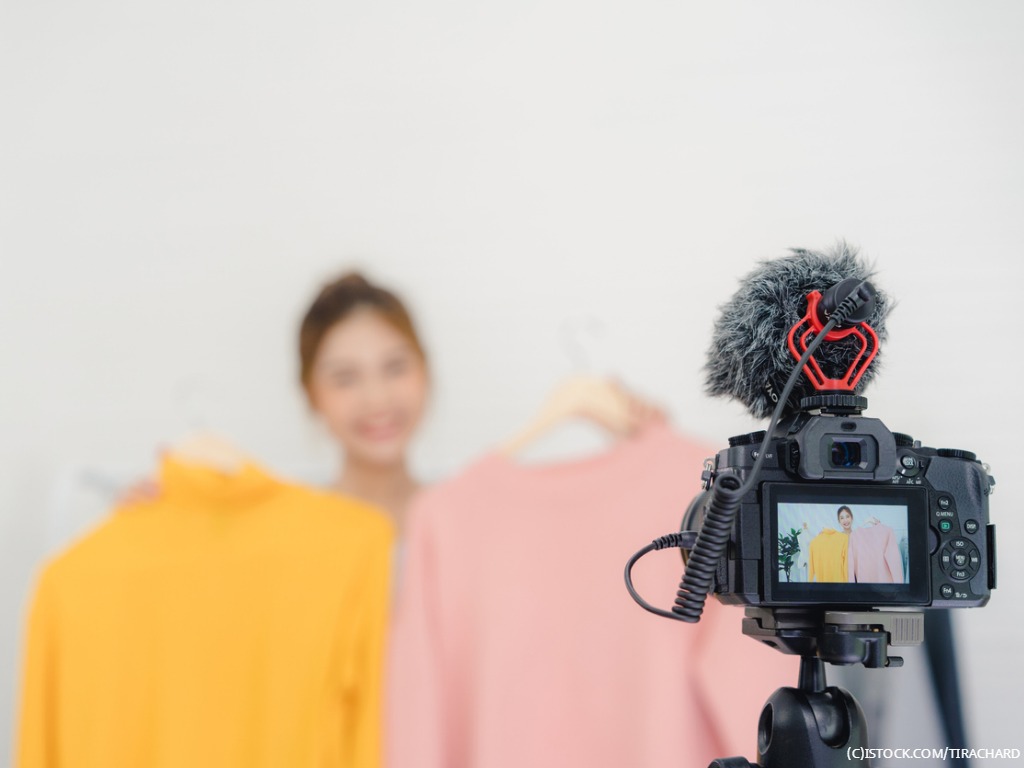 By Russell Glenister | 14th May 2019 | Curation Zone https://www.curationzone.com/
Categories: Advertising, Content Marketing, Influencer Marketing, Social Media Marketing,
Serial entrepreneur and investor in the tech and content space, Russell has invested in and helped build some of the most successful companies in the field. He has considerable interest in the video sector with four companies in his current portfolio active in the area. He started out as an art director at Tony Stone Images, which became Getty Images; later built then sold image100 to Bill Gates.

Opinion The cult of fame has moved from the broadcast world of movies and soap stars to the digital world of social media personalities in no time at all. Instead of films grossing millions at the boxoffice because of a sought after star, now it’s influencers making megabucks in promotional fees based on their follower numbers. Especially for the under 30s.

These changes go far beyond the social media scene though. Brands and advertising are finding tactics to target people who have the power to radically change consumer decisions. Instead of courting film stars, they need to court social media stars.

The growth of social media and ‘influencers’ has been exponential over the last 10 years. The Influencer Marketing Report from 2018 by Business Insider found that influencer marketing ad spend is poised to reach between $5 billion and $10 billion by 2022. Spending such large sums is understandable when you consider that overall, there are currently 2.6 billion users of social media across the world – with this predicted to rise to 3 billion by 2021.

This culture is driving the inevitable – people trying to fast track their social account to stardom levels. Even Ben Silbermann, co-founder of Pinterest said recently that social media is about “projecting an image of being famous”.  And you only have to look at the new Huawei P30 Pro smartphone to see how products are being driven by a social more. It has a selfie option that will make your nose smaller, you eyes bigger and remove any puff in your cheeks.

A whole industry has emerged for building personal profiles online. One company, Devumi has an impressive count of reality TV stars, athletes, comedians, TED speakers and models on its books, for which it helps build followers. Its clients have included, Michael Dell, the actor John Leguizamo and even the Twitter board member Martha Lane Fox CBE, according to a recent New York Times expose on fake followers, “The Follower Factory”.

Some companies even build fake accounts (bots) that follow, like and comment. The growth of bots online shows how much follower counts matter. The numbers help determine who will hire them and how much they can likely earn. An influencer with 100,000 followers could earn an average of $2,000 for a promotional post.

Showing how easy it is to build these bots and get followers, data engineer Chris Buetti recently built one on Instagram to automatically share images of NYC, which could also like others posts and send them messages and comments. The bot soon amassed 25,000 followers. Buetti then started contacting restaurants and bars, many of whom offered freebies for a nice photo and a write up.

Not only are fake followers being offered to those that want to buy them, but these fake followers are following other fake accounts and perpetuating a vast number of far from real activity.

It’s the perfect virtuous circle. But it isn’t so perfect for those that are buying into it – brands and others that believe that these people have more influence than they actually do. This is no doubt what led to Proctor and Gamble chief brand officer Marc Pritchard bemoaning recently of a lack of “brand safety” for advertisers on social media. He warned he would only partner with platforms that “promote civility”.

Last week Philip Morris had to pull an entire social media campaign for its IQOS e-cigarette after a Reuters investigation revealed the ‘influencer’ employed to be the face of the campaign was in fact 21 years old, falling foul of FDA guidance that influencers promoting tobacco products should be at least 25 years of age. Yet, despite the risks to brands, the industry continues to grow.

The film industry is even casting its gaze to YouTube for talent spotting (both Pentatonix and German YouTube comedian, actor and DJ, Flula Borg were given significant roles in the box-office smash Pitch Perfect 2), so too are advertisers turning to YouTube to find their talent. Influencer marketing has grown steadily in popularity over the past few years because customers now trust influencers over celebrities when choosing which products or services to buy.

That’s why authenticity and getting the right connection between consumer and influencer is so imperative. Brands and advertising agencies need to cast their net wide. Very wide. Traditional platforms that search for filmmakers, talent or influencers just produce the same circle of people.

I started to see the need to put brands in touch with niche influencers and filmmakers years ago. I spent two years creating a platform to do this, called Curation Zone. It analyses anyone in video – from Youtube influencers to videographers and producers. Using sophisticated AI we can trawl the web for more than million profiles and narrow it down to just ten according to any brief. So if a brand is looking for a an influencer who’s an expert on bees, and is female, and speaks Chinese, we’ll find them. The Philip Morris gaffe is exactly the sort of thing that using an AI-based platform could have stopped. Just by including a minimum age in the brief, young influencers such as the one shown promoting smoking wouldn’t have been considered.

The bigger advantage of using AI to find influencers is so that brands can get access to a treasure trove of important filmmaker data and therefore their value as an influencer. The advertising industry needs this level of data analysis to be able to get through to the consumer.

Creativity is a business imperative. Great ideas are rarely produced by team meetings or by continually using the same sources over and over again. The advertising industry needs to cast its net far and wide to capture new and divergent influencers with a host of fresh ideas. You can’t evolve without mutating the species.

There are now way more influencers than there ever were movie stars. That’s why advertisers need to search in a different way. It’s not about the catchy TV ad anymore. It’s about the emotional connection. With the veracity of content on social media being put under increasing scrutiny, and with the prevalence of ad blockers, getting through to consumers is increasingly difficult. I believe that working with the culture creators – the influencers – is the best, most authentic way and only way for the advertisers to survive.