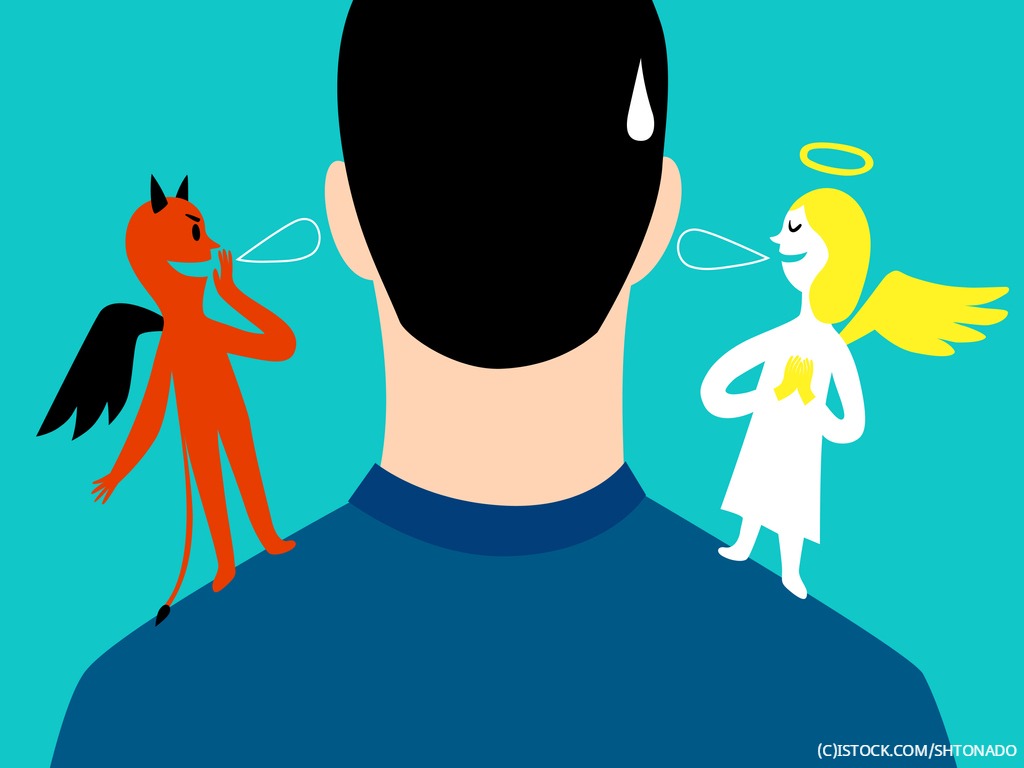 Most of us would like to believe that sound ethics and corporate responsibility is important to us when choosing a brand. But how many of us would say it matters more than convenience and cost?

We may not like to admit it, but it is purpose that attracts us to a brand. To grab the attention of consumers and progress past the courting phase of a relationship, a brand has to convince people that its purpose will meet their needs. If the goal is to provide things quickly and cheaply, and that’s what we want, we’ll take it.

One of the best current examples of this paradox today is fast fashion. It’s one of the most blatant examples of what we think we’ll do versus what we actually do. Consumers under the age of 30 care about corporate responsibility and ethics, about what companies do to the environment and employment issues. If you’re a brand looking to develop a relationship with the under-30s, you should be doing so with an ethical standpoint and an awareness of your corporate responsibility in mind.

But here’s the paradox. Fast fashion is an industry that is mostly enabled by people under the age of 30. So why, when it comes to clothing, are morals compromised? Fast fashion retailers were recently cited by the UK Parliament’s Environmental Audit Committee as some of the UK’s least sustainable and responsible clothing firms. Yet the sectors’ customers are, apparently, among the most concerned about the environment.

Fast fashion doesn’t trade on ethics or sustainability. It trades on purpose: to supply trend-led clothing at low prices. That’s the place in the market it looks to fill. It’s clear that many consumers don’t expect a higher purpose from their clothing brands either, with a Morgan Stanley report from 2016 showing that 49 percent of the 1000 surveyed expressed ambivalence or no interest in the ‘ethical credentials’ of clothing companies.

The large, lucrative brands, such as those in the fast fashion sector, attract a lot of dislike, sometimes even from their own customers. But that doesn’t stop them from being successful. They’re aware that they will continue to sell well due to their convenience and are prepared to accept any ill-feeling as collateral. In 2005 Wal-Mart was sued, on average, 17 times a day. That didn’t stop it from becoming the world’s largest company by revenue in 2014, with 2018’s figures weighing it at $500,343m.

Further to that, I would argue that budget airlines are successful. And this isn’t because they’re leading the industry’s efforts in improving sustainability or are carrying out an important environmental mission. They’re attractive because they sell cheap flights to places people want to go. They’re a means to an end. Often, a budget airlines’ relationship with its passengers works because the brand is purpose driven; the purpose is to fly you somewhere for not very much money, and that’s it. It doesn’t promise anything else. And as such, people are prepared to overlook the shortcomings.

Purpose trumps traditional notions of attraction. If a brand’s purpose is easy to understand, and offers us something we need, it becomes attractive because it’s authentic. Equating purpose and authenticity with something inherently good is a common mistake in marketing. Brands don’t have to have be altruistic to be authentic. You just have to do what you promise and if a customer understands what they’re getting into and what they’ll get out of it, ethics and responsibility matter less.

This is true for some consumers, some of the time. But is it sustainable? Purpose can also be found in brands whose selling point is that they do no harm, or even actively have a positive impact. Given that we like to think we’d choose the responsible, ethical brand, if it was available and viable, would we?

Such brands do exist. Soko mass-produces jewellery in Kenya, paying its 2500 individual craftspeople five times the industry standard. The products aren’t as cheap as some of the truly fast-fashion accessories, but neither is it particularly expensive. It’s an ethical decision. Soko isn’t going to be troubling fast fashion’s £4 necklace anytime soon, but it does prove you can mass-produce affordable consumer goods ethically. That is Soko’s purpose. That is what makes them attractive.

Televerde runs demand-generation campaigns from its own call centres, many of which are staffed by women prisoners in US jails. The inmates get a second chance, and many go on to work for Televerde. The reoffending rate for Televerde employees is just 6 percent. The US national average is 40 percent. I’m extremely proud to say that Marketo is one of Televerde’s partners and some of those women become Marketo-certified, helping to increase their chances of employment after release.

This isn’t something Televerde has done because it ticks the box marked corporate social responsibility. It’s Televerde’s purpose. The company started with six inmates on the phones in a caravan outside Perryville prison. It works with prisoners not because it can afford to, now that it’s a global $45m company, but because that’s how it became a global $45m company. When Televerde says ‘we put people first in all we do,’ there’s substance behind it.

Not every business can make sustainability their brand purpose but they can, at a minimum, be honest about what their purpose is. It’s clear that what attracts us to a brand is not always a noble choice, but if it serves a purpose, it will attract customers. Offering a service that is cheap and convenient will always entice a customer base. So, whether your pursuit is honourable or simply necessary; the key is to make that purpose clear to the public, so they know what they’re getting.