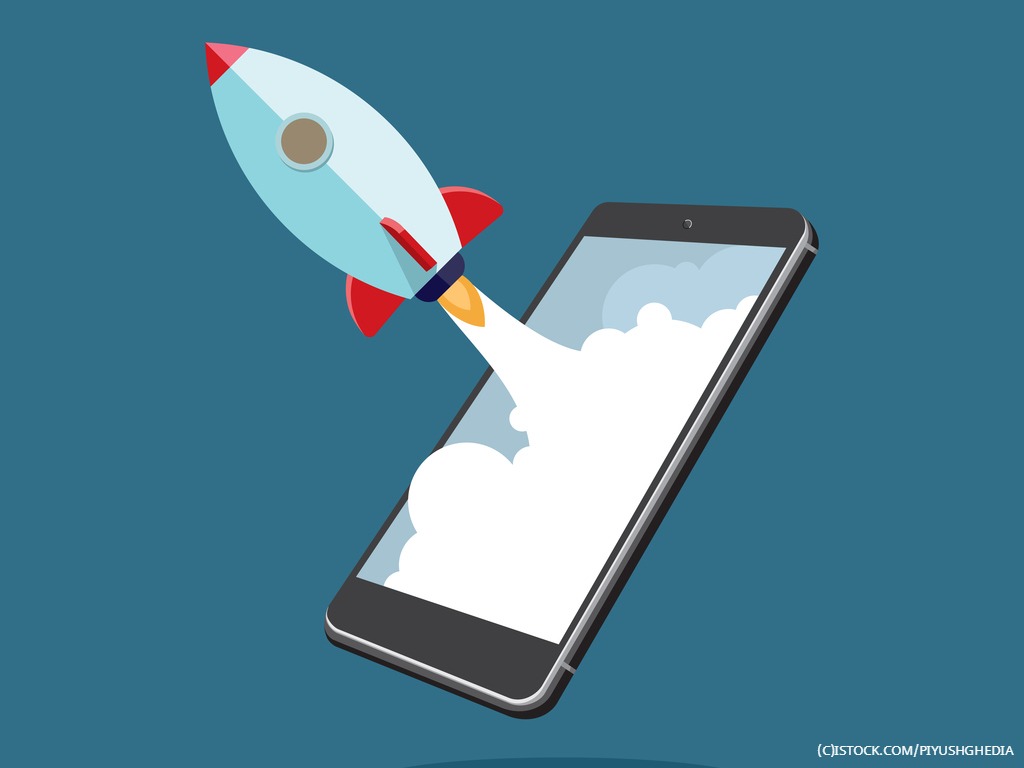 Imagine it’s the 1980s for a second. You, a crystal-gazing marketeer, explain to your CMO that the future of marketing lays in mobile telephones.

‘Mobile phones! Pfft. They’re a yuppie fad, we don’t advertise to bricks,’ might come the scowling response of this 80s stereotype.

The derision wouldn’t be misplaced. For the first four decades that mobile phones existed, they were just that: mobile (as in, portable); phones (as in, well, a phone… for calling people). Outside of telemarketing, they had no place in the marketers’ toolbox.

Fast forward to the present day, and the phones in our pockets are an auxiliary hive mind, within which the sum of all human knowledge resides. Quite a change, I’d say. One can hardly even describe these devices as phones anymore. The act of physically phoning someone is a dying art. So much so, that according to a recent Ofcom report, the number of calls made in the UK fell in volume for the first time ever last year.

Conversely, Britons today spend average of 24 hours a week online, according to the same report. We check our phones, through habit or nudge, once every 12 minutes. Driven by our access to a reliable, high-speed internet connection and the proliferation of networked mobile devices, the total amount of time spent online by Britons has doubled over the last decade.

The rulebook has been written, torn up and rewritten before the ink could dry. The mobile revolution has redefined what it means to be an effective marketer. And in this new edition, while phones aren’t for calling, they most definitely are for apps.

Research Google undertook with Ipsos MORI found that 92 percent of smartphone owners use apps. Which, apart from leaving one wondering what the other eight per cent use, makes clear the opportunities for the modern marketer.

News app users snack on content up to three times a day, while entertainment app users immerse themselves in programmes for up to seven hours a day. Each of these touchpoints is an opportunity like none before to reach a highly-targeted, captive audience of relevant decision makers.

But when it comes to in-app advertising, there is an intransigence more befitting of our 80s bigwig. The naysayers would have us think that it is intrusive, disrupts the content on the site, and above all, ineffective compared to its desktop sibling. Our research proves otherwise.

Smartphone users are more likely to do something specific as a result of seeing an ad on a mobile app. In that, some 51 per cent were more likely to make a purchase, book a ticket or a hotel, compared with those who saw the same ads on a PC. Around two in five people who saw app-based ads said that those ads made them want to buy a product/service from the brand, compared to less than a quarter of PC users.

Our test group felt closer to the brand as a result of mobile marketing. Close to half of app and mobile website viewers said that the ads they saw gave them a good feeling about the brand. Just over a third of desktop viewers said the same thing. When people are using a desktop, unsurprisingly, they tend to be at work, and far less likely to be in a buying mindset.

The key differentiator is that consumers use smartphones and apps all day long, especially during leisure time, while they're relaxing or watching TV. Dual-screening, that is, using a phone while watching another device, such as television, creates real-time optimisation opportunities simply not as effective on desktops.

Considering that the telephone was first used as a sales tool in the early 1900s, the evolution has been remarkably slow. The last decade has witnessed an uptake of technology like no other in history, and with it, a new frontier, resplendent with opportunity. When done right, in-app ads are, quite simply, the future. One needn’t a crystal ball to see that.