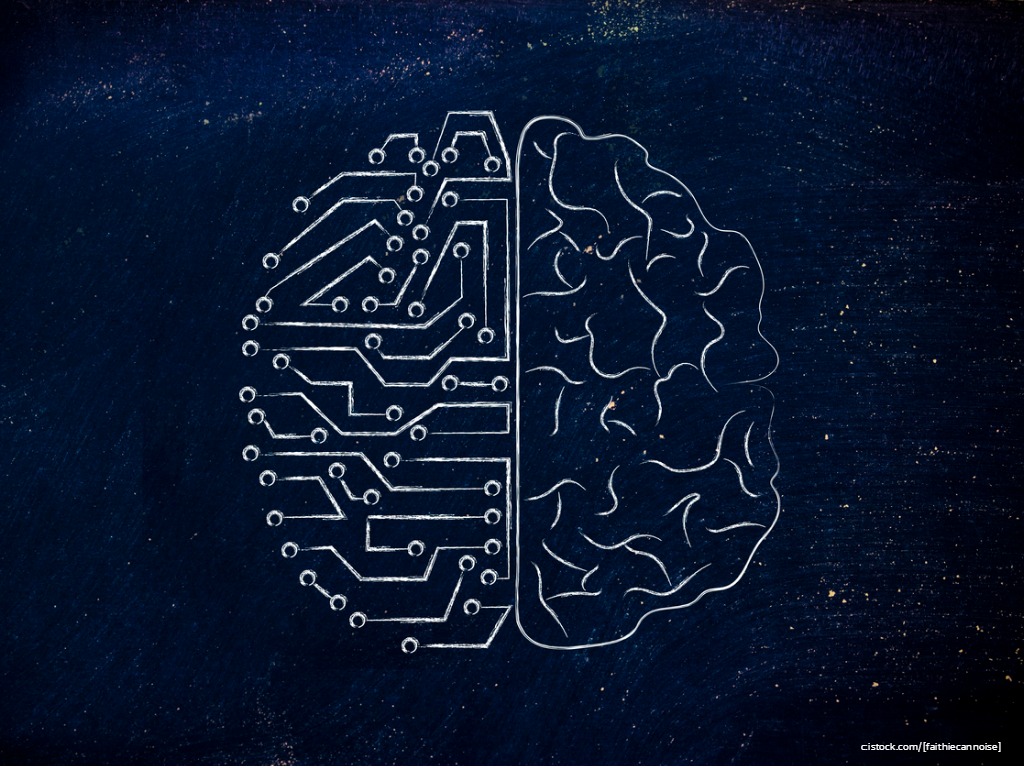 By Alex Craven | 10th July 2018 | Jaywing Intelligence http://www.jaywingintelligence.com/
Categories: Advertising Technology, Branding, Content Marketing,
Alex Craven is the Managing Director of Jaywing Intelligence. His team develop marketing technology products that free marketers to think, not do. Alex graduated from the University of Liverpool with a BA Honours degree in Philosophy and subsequently founded marketing agency, Bloom, at the age of 23. He now has over 20 years’ digital marketing and strategic business leadership experience. Alex is a non-trustee advisor to NESTA Innovation Lab and sits on the Leeds Digital board in partnership with Leeds City Council.

When we think of cutting-edge technology, it’s usually in a positive context. New technologies are exciting, futuristic and belong in Hollywood’s biggest blockbusters. So why has artificial intelligence (AI) gained such a bad reputation?

Jaywing Intelligence recently conducted research into Twitter conversations about AI – exploring whether the negative media content around ‘robots stealing our jobs’ was fake news. It found that data scientists are principally concerned with the development and techniques of AI and, while aware there will be an impact on jobs, they aren’t displaying significant concern. However, the mainstream media is more concerned with the prospect of AI taking jobs—suggesting that the negative media hype is not reflective of reality.

The very brand of AI technology has been damaged by scare-mongering and lack of proper knowledge to the point where our perceptions of AI are instinctively negative. But is this reputation justified, or is AI simply in need of a rebrand?

In the world of marketing and advertising, we see businesses successfully rebrand all the time. It is commonplace for a brand to redefine its position and ultimately reshape its perception to outsiders—particularly after any negative associations.

Take Burberry as a good example. In the 2000s, the brand unintentionally became associated with so-called “chav culture”, a far stretch from its desired image as a premium luxury brand. However, the brand was able to refocus its position and move forward. The associations of the 2000s rarely touch the brand of today – which enjoyed sales of over £2.7bn in 2017.

So should we try a rebrand with AI?

In order to answer this, we should perhaps cast our minds back to the dawn of the internet and the ‘.com boom’ days in the context of the now well established ‘hype cycle’ (visible in the graph below). 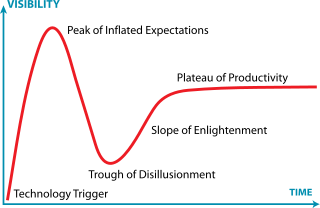 Back in 2002, as the .com bubble burst, the internet was receiving a bashing. Fuelled by stock market collapse, huge losses for the stars of this boom – such as Amazon – many press commentators were all too keen to herald the end of this ‘fad’. Sixteen years later, we can see that these naysayers were feasting on what can be described as a ‘trough of disillusionment’, with their enlightenment ahead of them.

Arguably, we’re seeing a repeating pattern today. Many commentators are too ready to leap to the ‘link -bait’ headline conclusion, which skips over the practical reality of AI’s current capability actually being a far-flung stretch from taking over the world. That’s not to say that the ethics of AI adoption don’t need to be debated – they do! But we need to avoid the hyperbole and focus on the reality. The very real fact is that AI is here and it’s here to stay. How should we approach this inevitable reality? By harnessing its potential and demonstrating its actual power for good. A brand is a reflection of the truth, and the perception that others hold of AI will change and become positive only if we can demonstrate its positive impact.

Getting up to speed

A common misconception of AI that is held by both marketers and advertisers is the assumption that it has no place within their industries. AI’s current ‘brand’ seems to fall within very technical STEM sectors, but its remit extends far wider than the brand would have us think. Jaywing Intelligence’s own research found that half of marketers (49%) have only a basic understanding of AI. Turning again to our example in the digital revolution, we can see that marketers who ignore their PESTLE analysis (or don’t even do one) will ultimately fall behind. Your marketing job is safe, provided you take responsibility for ensuring you’re good at it. You don’t want to find yourself on the receiving end of market share being grabbed or becoming overwhelmed by customer complaints because your customer service levels can’t compete with your AI-powered competitors.

A rebranding of AI is far from necessary. Those of us who believe in its potential can and will win its reputation back, but only by walking the walk instead of simply advocating for its benefits. In short, we need to demonstrate its real unparallel potential.

The truth of the matter is that marketers and advertisers should eagerly anticipate the day when state-of-the-art AI technology becomes easily accessible to all. But for marketers and advertisers to embrace this mindset, those who are currently utilising the benefits of AI need to emphasise the sheer amount of company time, costs and mental energy that it saves daily. And even before it becomes more widely welcomed, those with a basic understanding of AI need to be shown how it’s use is entirely under their control, in order to eradicate all irrational fears. The future of marketing and advertising is more creative and automated at the same time, but only if AI is embraced instead of rejected.