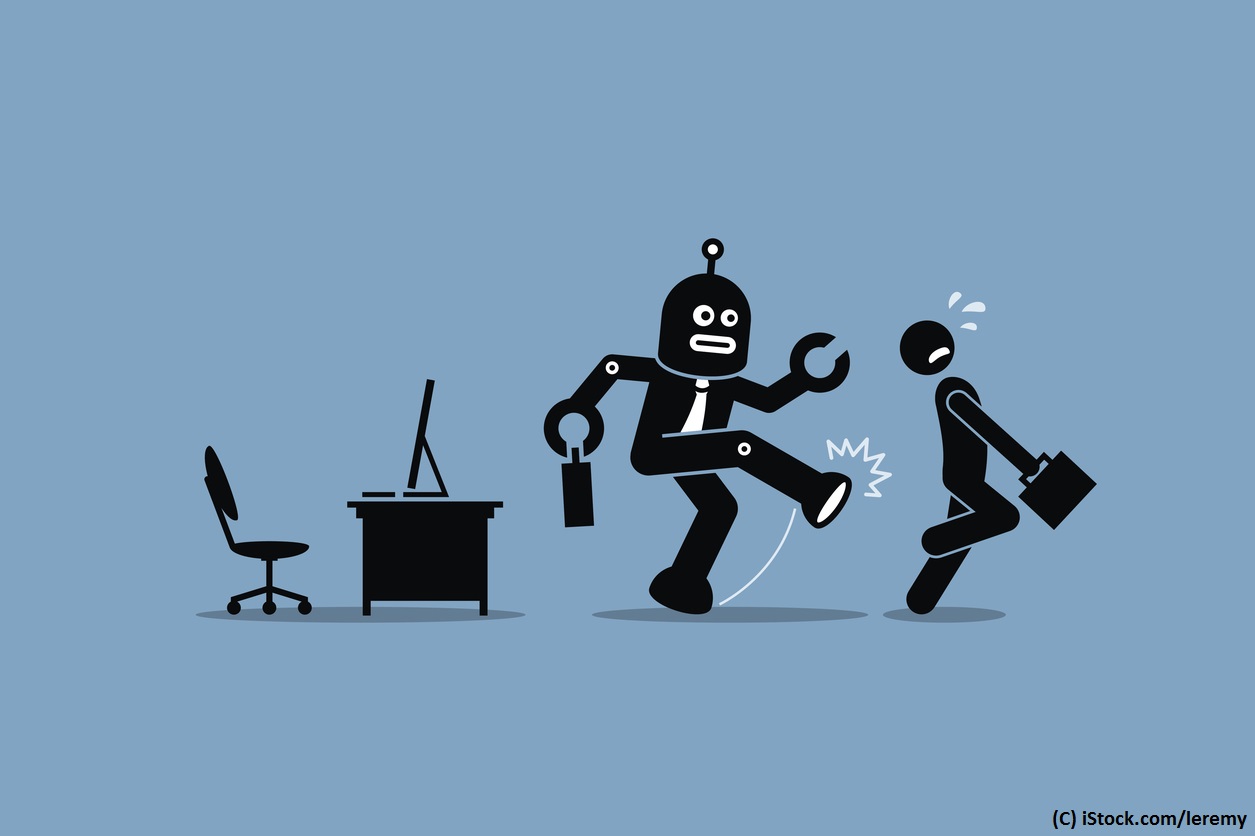 Robots: Love them or hate them, there’s no denying employees in certain industries are going to lose jobs to them.

Many manufacturing jobs have been replaced by automation and offshoring, with 13 to 25 percent of specific machine-working jobs estimated to be lost over the next decade.

A 2013 study found up to 47 percent of American workers have jobs that have the potential to be replaced by automation.

But are these rather alarming statistics really giving us the full picture? Even with automation, it’s hard to believe there won’t be any use for qualified workers.

Automation is not as new of a concept as you might think.

Technology has always advanced to the point that it can replace tasks commonly performed by humans. Look no further than the advent of the ATM and self-checkout.

But automating the tasks of bank tellers and cashiers didn’t make people disappear from those industries. In fact, the number of workers in these occupations grew — just like industrial robots have created upward of 5 million new jobs.

Marketing is another industry in which automation is breeding efficiency and innovation.

On average, 49 percent of businesses use marketing automation software, and it’s driving a 14.5 percent boost in sales productivity and a 12.2 percent drop in marketing overhead.

And rather than destroy the marketing industry, the trend created new executive roles such as the chief marketing technologist, as well as lower-level positions such as automation specialist, data scientist, and content curator.

While brick-and-mortar jobs may diminish with automation, back-end operations (including customer service, IT, human resources, logistics, management, etc.) are quickly ramping up to not only create more jobs, but also rescope current positions.

Even with machines taking over, there’s always going to be a need for human labor and expertise to run, troubleshoot, and fix them.

Back in the late ’90s, there was a team on the Microsoft campus looking to disrupt the travel industry by allowing customers to search for flights and other travel-related information using a young invention called the internet. When Expedia was spun out of Microsoft, it changed the way people book flights, hotels, and car rentals.

And we’re just one of the many examples of machine automation enhancing the travel industry.

Passports are being automated in different ways around the world. The U.S. uses an Automated Passport Control program to help citizens arriving home from vacation bypass long, sluggish customs lines.

Three major airports in New York City have an airport virtual assistant (or AVA, though you can also call her Avatar) that works around the clock answering travelers’ questions.

These technologies aren’t killing the travel industry — nearly 1 million people were hired in the hospitality industry in October 2016 alone, and the air travel industry employs more than 470,000 people.

We didn’t kill our industry with technology; we enhanced it.

You already know why automated data collection is a boon to marketers. That you even have that data available is a marvel of modern technology. So, instead of spreading unfounded fears about how machines and automation are destroying jobs, we need to focus on the jobs created by advancing technology.

The only way we’ll stay competitive in this world is by harnessing the power of machines and automation.