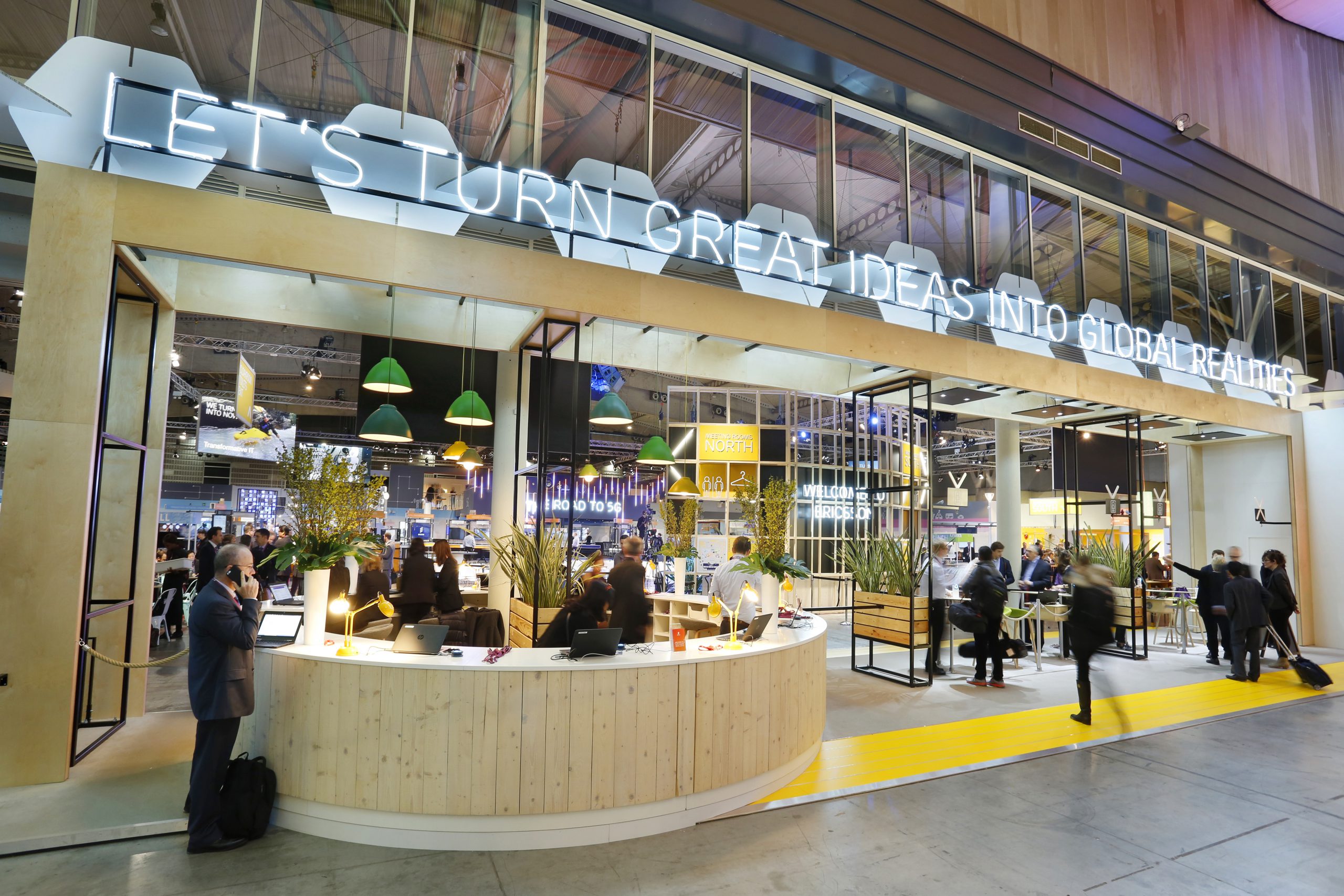 Mobile World Congress (MWC) can be a strange and inhospitable environment for the uninitiated, with its cavernous aircraft hangers, huge crowds, and endless aisles of things to see. It’s also a huge challenge for the companies that attend: everyone is competing for attention, and there’s only so much of it to go around.

For brands, the secret of success is to resist the temptation to just talk about their products, and to instead seize the opportunity to create tech-driven experiences that deliver on brand promises.  This is what we strive to achieve with the brands we partner with at MWC, such as Ericsson: it’s one of the biggest brand experiences at MWC, designed to excite and inspire partners with Ericsson’s compelling vision of the future. Here are some of the other brands that won that battle this year – brands that attracted attention, told a compelling innovation story, and got people talking.

At the heart of MWC lies a strange contradiction: at a conference about ‘mobility’, very few of the experiences are intelligent or connected. Intel bucked that trend with an experience that lived up to their new proposition, ‘Experience what’s inside’. Created in partnership with the London-based Jason Bruges studio, the ‘Curious Canopy’ was made from hundreds of horizontal LED rings, neatly suspended above the space, that pulsed, glowed and cast the exhibition in an atmospheric blue light.

Aside from looking like something out a futuristic nightclub/science museum, each ring was fitted with a heat mapping camera that could identify the density of people moving through the space, and reflect it in real-time. According to Bruges, who was on-stand talking about the technology, the concept began by asking: ‘what if the environment was curious about what was happening inside it?’ The result was a vibrant and engaging experience that felt different to anything else at the show – and as a side note, Intel are one of the few brands with a track record in creating smart and interactive spaces, creating a ‘168-foot-wide interactive 3D virtual life simulation’ at CES in 2012.

VR was everywhere this year. Samsung’s fully-fledged 4D cinema drew whoops, yelps and cheers as suit-clad executives rode a virtual rollercoaster, SK Telecom took people deep underwater in an immersive ‘diving’ experience inside a big yellow submarine, and HTC committed half of their stand to demoing the impressive-looking Vive.

Guests queued up to test the technology, unique in VR for enabling users to physically move around the virtual world, and created their own masterpieces in 3D ‘paint’ app Tiltbrush.  A measure of the immersive nature of the device was that nobody felt in the least bit self-conscious colouring-in the sea around their painstakingly-constructed palm tree or – to a casual onlooker – avidly waving at a bit of carpet in the middle of a crowded exhibition hall.

T-Mobile: a study in pink

T-Mobile was another rare brand who embodied its ‘Life’s for sharing’ proposition through the experience. This stand, lit in the trademark T-Mobile pink, featured an open seating/auditorium area, a cafe serving food and coffee, and a maker-zone, where people could 3D print and cut their own accessories and test out a 3D pen to embellish some rather chaotic-looking headwear.

The stand also featured the only use of NFC I saw at MWC, with guests able to register a card and ‘tap’ interesting touchpoints to be sent further information. With there being so many products, services, and so much content to trawl through at MWC, it was a simple and effective tactic that paid respect to the limits of people’s time and attention.

What were your favourite stands or pieces of branding at MWC this year? Let us know in the comments…