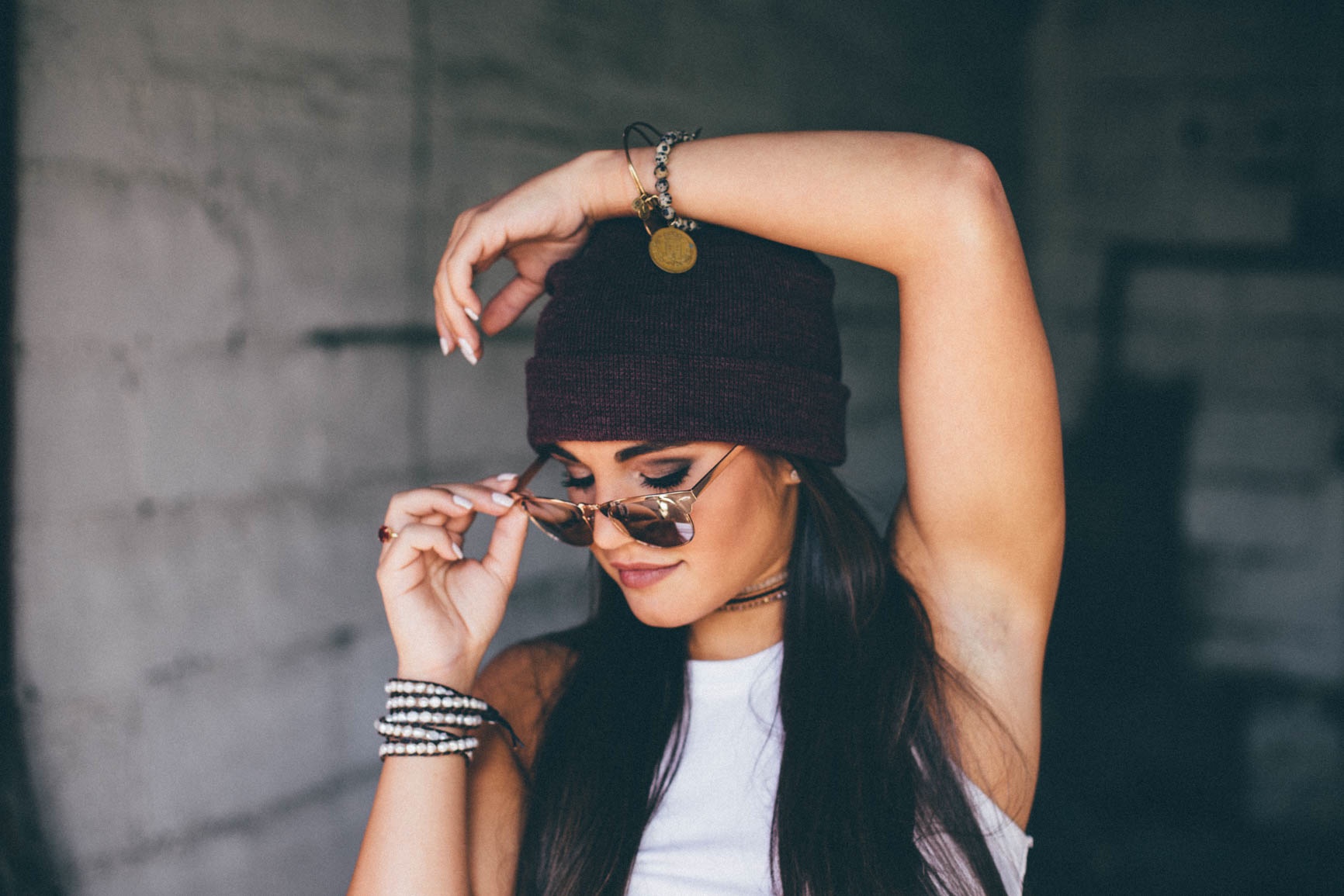 By Rachael Power | 22nd June 2016 | MarketingTech
Categories: Content Marketing, Influencer Marketing, Social Media Marketing,
Rachael Power writes for TechForge Media, writing about marketing tech, connected cars and virtual reality. She has written for a number of online and print titles including the Irish Times, Irish Examiner, accountingWEB and BusinessZone. Rachael has a passion for digital marketing, journalism, gaming and fitness, and is on Twitter at: @rachpower10.

Influencer marketing – using bloggers and social media aficionados to promote your service in an authentic way – is on the rise.

Consumers are tired of being ‘advertised to’, we all know that – just like we know they’d rather hear from their peers than from a faceless brand.

In fact, two-thirds of eCommerce retailers recently said they were planning to use social media influencers in future campaigns.

But influencers don’t always have to have hundreds of thousands of followers on every platform; there’s a new kid on the block that’s more engaged and savvier about their followers, while still having a broad reach: the microinfluencer.

At the Digital Marketing World Forum in London recently, fashion and beauty microinfluencer Chessie King joined a panel which included global head of social media for foodpanda, Eduardo Castaneda and EMEA marketing director of Traackr, Delphine Reynaud, to discuss how to identify, engage with and measure the success of influencer marketing.

What does ‘influencer’ actually mean?

It can be hard to get your head around exactly what an influencer is, but the panelists had some good descriptions.

“It’s someone who’s going to have an impact on you, sway your behaviour and have influence over what you do and what you think,” Reynaud says, echoed by foodpanda’s Castaneda.

But King has a different, slightly more emotive opinion: “It’s a support network. If someone doesn’t have a strong family or good friendship circle, they can look up to an influencer for product reviews and stories. You get a lot of influencers whereby they’re living an unrealistic and unachievable lifestyle – whereas microinfluencers can have a big brother or sister role,” she says.

King’s quite famous on Instagram, but doesn’t quite reach the dizzying follower heights of the likes of Kayla Itsines. At just over 44,000 followers, King says she’s more engaged and more in tune with what her followers want.

How do brands identify influencers to work with?

For brands, it depends on your strategy and what you want to achieve, Reynaud says.

“For me, I choose based on an influencer's relevance to the topic and conversation I want to be part of and the engagement that the person generates. If you focus on popularity, you will speak to an audience that’s not necessarily qualified,” she says.

And remember, it’s not about getting your brand mentioned; it’s more about being part of an ongoing conversation around a certain theme or topic as reach is an important criteria of influence.

On the flipside, King – also a social media manager – says as a microinfluencer, she only chooses brands to work with that have done their research and looked at her profile.

“I know which ones have looked and which ones haven’t,” she says, “It’s really interesting if a company comes to me and says: ‘I’ve been following you for months and we can see your followers are all organic’.

“It’s really interesting from an influencer perspective to see which brands are targeting you for the right reasons,” she adds.

Is it important that influencers have cross-channel reach?

Castaneda says foodpanda operates in 26 countries around the world; from Asia to Latin America to Europe. Different countries interact with the various social media channels in unique ways – for example, Saudi Arabia is very hot on Instagram and Snapchat.

So when foodpanda’s choosing influencers to work with, it’ll seek out people who have the same amount of interaction and followers on every channel.

“Do your research and look into what makes more sense for you. Look at where your conversations are taking place and use those channels for integration,” he says.

Reynaud agrees; do your homework.

“With social media, we forget the basics of marketing. First, figure out who you are trying to reach and what their channels are,” she adds.

What kind of relationship should influencers and brands have?

We’ve all seen the classic, awful-looking product placement posts (Bootea, anyone?) in Instagram snaps and on blogs, but brands need to get deeper than this to have a real impact on engagement.

One example is King’s collaboration with Long Tall Sally clothes, made especially for taller women. Her ongoing conversation about being a tall woman and her struggle to buy clothes that fit properly is enhanced by this partnership, which feels ‘natural’ and like it fits well, she says.

“It’s really interesting and not just a one-off product photo. I didn’t just get paid for one post as it’s an ongoing campaign and relationship that we’ve built up,” she says.

Whenever we create content with influencers we trust they know what they’re doing, so I would say that the more you control the creation the more forced and unnatural it feels

Castaneda says the value of building relationships with influencers – and not just paying them for a post, giving them free merchandise and leaving it at that – isn’t to be underestimated.

“Before I came in, we were working with bloggers and paid them for a post and then forgot about them. So I took the list, built relationships and now we’ve had great results with all of these guys,” he adds.

This also stands when it comes to compensating influencers. They’re not one-night stands, so don’t treat them that way.

“If you pay someone, we encourage brands to pay for craft, not influence. I’d never pay someone to say ‘Traackr is great!’ but it’s about going back and really listening to who the people relevant to you are and building trust. If it’s a one night stand, you’re wasting a lot of money and time. Make it a marriage kind of relationship,” Reynaud advises.

There are actually quite a lot of laws and regulations bloggers and influencers can fall foul of in the UK if they don’t make it clear a post is sponsored, or an advertisement – and new regulations for vloggers came in last year.

Brands should aim to work with influencers who do let their followers know something’s being promoted for ethical reasons if nothing else; but if it’s done in the right way, this shouldn’t even be an issue.

King says she’s always very open if someone asks her if a post is sponsored. Although, she doesn’t work with ‘off topic’ brands, and often will already use a brand’s product or service before she promotes them.

“If it is an obvious ad, then I will hashtag it as #ad, but I don’t think it’s necessary. For example, I did a post on the EU referendum recently to get my followers to sign up and vote. That went down so well because I was talking about something relevant, and I’d be happy to say that’s an ad as it’s a good thing,” she says.

You need to let the influencer have the bulk of the control over the content, too as their followers probably won’t engage with content that doesn’t feel like it’s coming from them.

“I don’t feel like there's any need to control it. Whenever we create content with influencers we trust they know what they’re doing, so I would say that the more you control the creation the more forced and unnatural it feels,” Castaneda says.

And lastly, how do you measure success?

This is of course, the main reason why you court influencers – to see some kind of results for your brand.

Measuring this is as simple as looking at direct hits over two weeks following a campaign, Castadenda says, but it does depend on how you objectify and track the campaign you’re doing.

For Reynaud, Traackr looks at the outcomes, such as how many link shares and mentions – blog posts and social media – there were, what the share of voice and sentiment were and the number of impressions.

"You can then look at the impact of your influencer marketing activities on your marketing objectives – online trafic, SEO and all the way to leads and sales," she notes.

So there you have it: influencer marketing can work, but it requires a lof of care, thought, effort and relationship building with the right people – and those right people could well turn out to be microinfluencers.

Have you had success with influencer marketing? How have you found it’s gone?