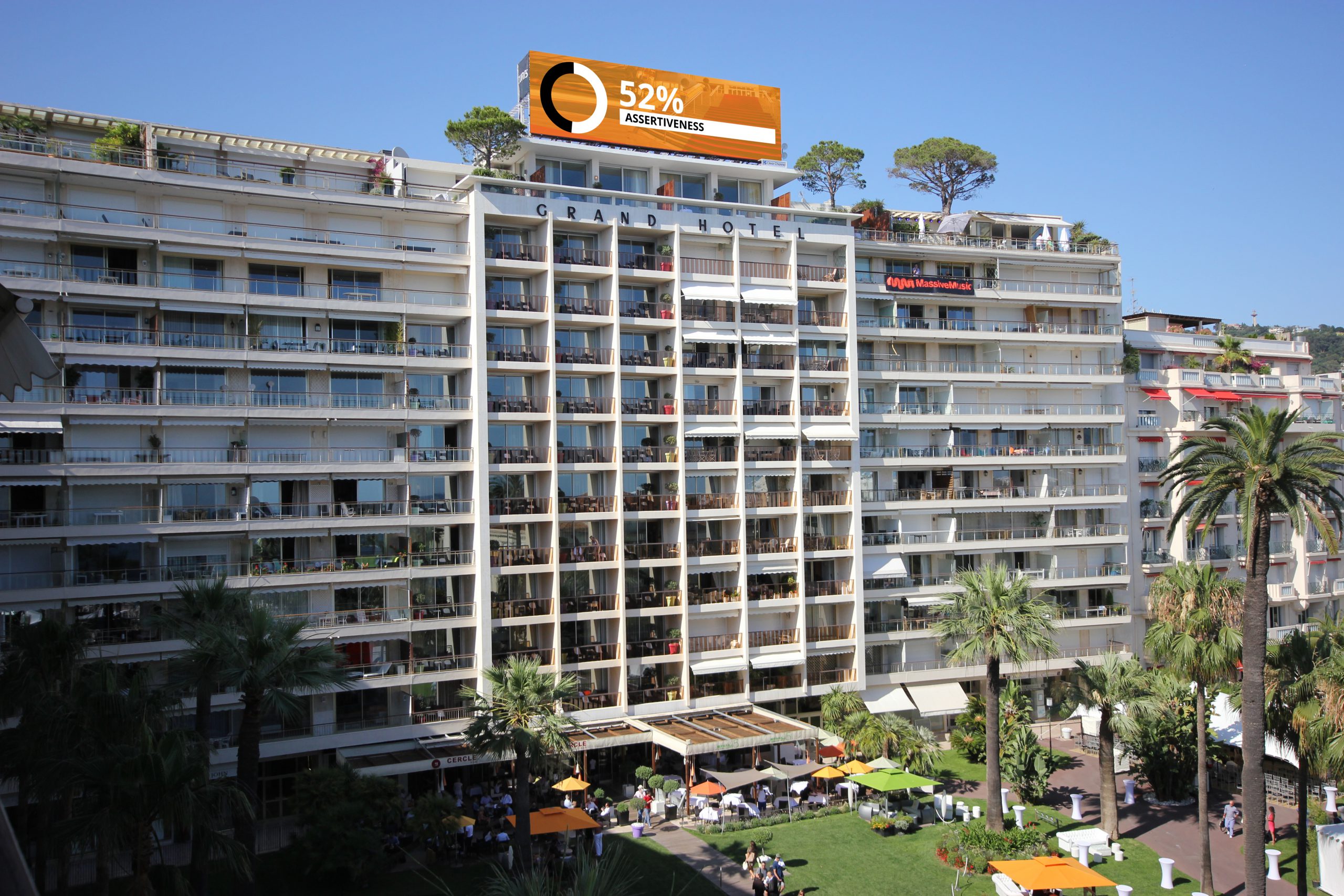 By Rachael Power | 13th June 2016 | MarketingTech
Categories: Advertising, Advertising Technology,
Rachael Power writes for TechForge Media, writing about marketing tech, connected cars and virtual reality. She has written for a number of online and print titles including the Irish Times, Irish Examiner, accountingWEB and BusinessZone. Rachael has a passion for digital marketing, journalism, gaming and fitness, and is on Twitter at: @rachpower10.

International advertising festival Cannes Lions kicks off next week in France, with some huge names headlining – including Will Smith, Anna Wintour and Gwyneth Paltrow.

Every year, the eight-day festival produces some major product announcements, news and award winners – and 2016’s no different.

Launching next week will be the world’s first emotionally-responsive billboard from business intelligence company Buzz Radar – whose clients include Samsung, Nestle and IBM.

Over the course of the event, it’ll analyse over 5,000 social media posts per hour using the #canneslions2016 hashtag and present adverts that coincide with their tone and emotion, using IBM’s Watson technology.

The posts will be run through Buzz Radar’s Emotional Insights software and sorted by sentiment characteristics using emotional response theory. Emotions will then be chosen and adverts attributed accordingly, within 15-minute cycles.

The emotionally intelligent advertising billboard will be presented on Le Grand Screen on top of the Grand Hotel in the heart of Cannes.

In addition, Buzz Radar will showcase its Command Centre around Cannes, so attendees can interact with real-time data visualisations from 300,000 conversations happening online at the festival.

CEO Patrick Charlton said data’s gold dust when it comes to unlocking business growth – but worthless unless you can make sense of it rapidly and easily.

“We were born out of a love of data and the desire to make it engaging, fun and intelligible for everyone – not just analysts. We now go one step further to take the insights we collect both beautiful and incredibly effective,” he said.