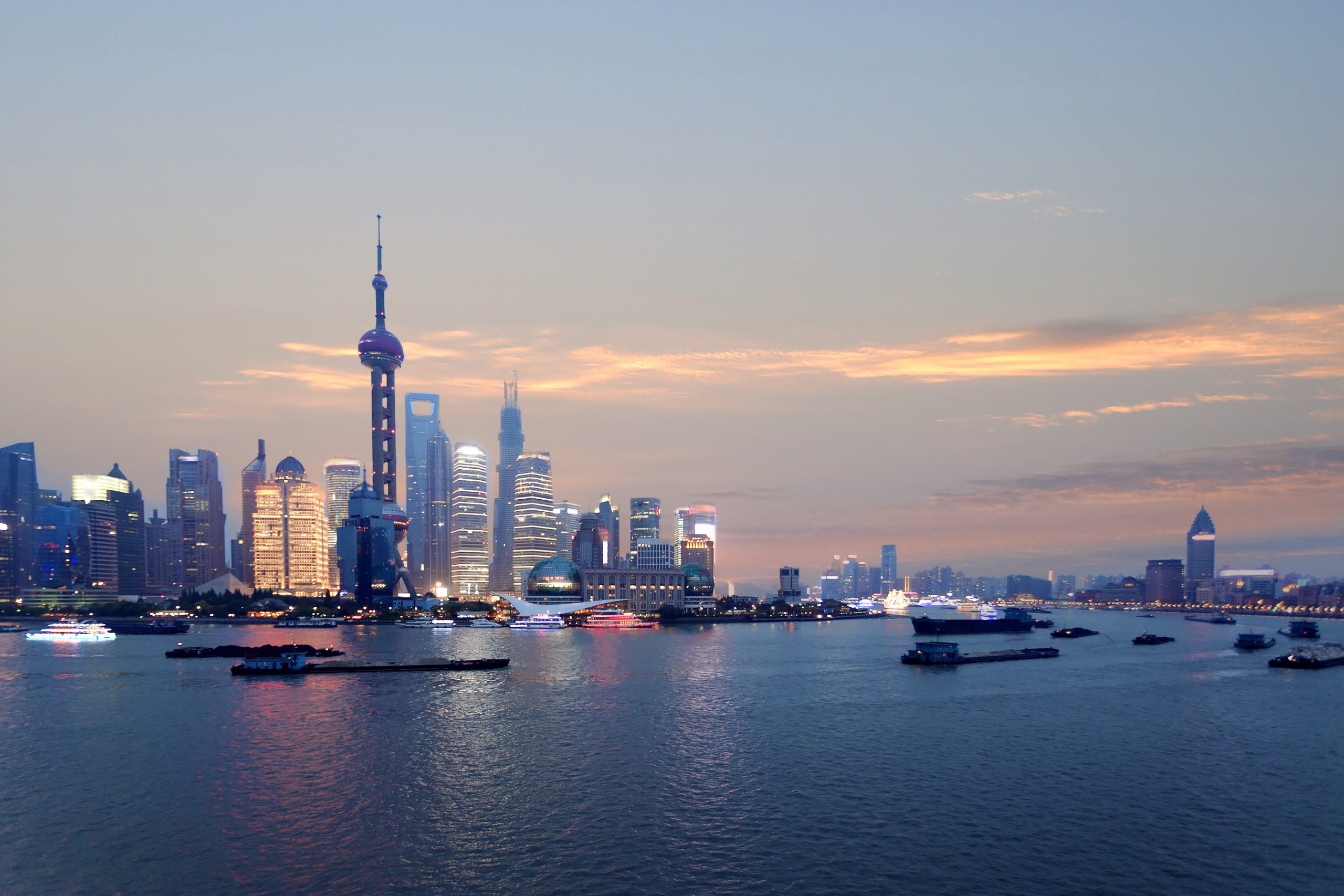 By Richard Downey | 12th August 2016 | The Specialist Works
Richard joined The Specialist Works in 2013 to found its mobile division. Since then Richard has built a strong team of mobile experts and worked with dozens of leading mobile brands across a range of mobile marketing disciplines ranging from app store optimisation to app acquisition and retargeting ad campaigns. Most recently Richard has been at the forefront of The Specialist Works’ groundbreaking work bringing together optimisable TV buying with the tracking and attributable web and app response metrics.

So we know digital entertainment expo and conference ChinaJoy was a few weeks ago now, but it’s not very often you get an exclusive live-diary peek inside the event from a UK perspective.

Richard Downey, new global business director, mobile, at The Specialist Works, was there for the four days and wrote this very open blog about his experience.

Read on to find out more about his Shanghai adventures:

After a day spent battling the combined effects of jetlag and the sweltering Shanghai heat, I wake up with a sense of excitement.

Tomorrow is the first day of the China Digital Entertainment Expo and Conference, more commonly known as China Joy. It will be my first time at the event and I aim to make the most of it. I am here to meet with Chinese mobile games publishers and to introduce them to the work that we do at The Specialist Works.

Mobile gaming is, and always has been, one of the major driving forces behind the world’s app economy and the chance to be here at the heart of it is very exciting. I spend a few hours firming up meetings and finishing my presentations before dinner and bed. Tomorrow is going to be a big day!

I am up early and have my first Skype conference of the day with a China based publisher of utility apps. Post-Skype, I make my way to the Shanghai New International Conference Centre, the venue for China Joy. Like everything else in Shanghai, it’s huge. Ten different conference halls all as seemingly as big as Kensington Olympia in their own right.

The show is split into three distinct parts. The B2B exhibition, the B2C part and a trade conference. The B2B and the B2C exhibitions take up five of the halls each and the conference is held in an adjoining hotel.

My strategy is to do dedicate a day to each of the separate events. And today I am starting with the B2B part.

Once I have registered and picked up my pass I head to the B2B hall. What I find is disappointingly familiar. Other than the fact that some of the games publishers are not known to me the exhibition itself looks much like any of the others I have been to around the world.

Mobile ad networks have taken the smaller stands around the periphery of the halls and the publishers themselves are in the centre. I don’t know what I was expecting but I suppose the experience confirms something I have suspected: B2B trade shows are all pretty much the same.

One noticeable trend was the amount of VR products on display. I manage to get a try on a VR cycling simulator, climbing onto an exercise bike and putting the headset on. I was immediately dropped into the middle of a genuine stage of the Tour de France and the level of realism is amazing. Rather than give myself a hernia I muttered something about having to go to a meeting and got off the bike as quickly as I could.

However, the reason I am here is to meet with suppliers, partners and potential new clients and in that respect the day is a big success. My meetings mainly focus on The Specialist Works’ new ‘TV for Apps’ product.

But to companies based in Asia that have little experience of the Western media market in general, and the TV market in particular it is really impressive.

After a long day at the show I make my way over to the Blue Frog bar in Pudong. We are co-sponsoring Pocket Gamer’s Mobile Mixer event and I have a load of promotional material to get set up.

We are co-sponsoring with AOL and Akamai and we each get the chance to do a 10 minute presentation before being a part of a panel discussion about the unique challenges in bringing Asian mobile games to the West. The venue fills up quickly and when I step up to deliver the first talk there are at least 100 people in the room. I quickly run through a short intro to The Specialist Works before, after a minor technical hiccup or two, playing the Clash of Kings case study video.

As a European-based ad agency looking to do business with Chinese companies, the theme that comes up time and time again is that of trust.

Time difference, lack of familiarity with Western markets and physical distance are all barriers that have to be broken down if there is any chance of a genuine partnership being forged. Case studies help here but getting to know the market, the people and the games count for the most.

I start the day with another bowl of spicy noodle soup and start wondering how I can make this a regular part of my routine back home. First thing in the diary is a Skype call with Karvin Sun Editor of China Mobile Game Market website. Getting The Specialist Works’ name known to the Chinese gaming community is enormously important.

That was the main reason we sponsored the Pocket Gamer event and why I have as many meetings with mobile advertising companies that may be able to help introduce me to some key players out here, as I do with the actual mobile app companies themselves.

Each stand has at least a dozen models whose job it is to attract attention to the stand. Nothing unusual there

My biggest meeting of the day is with a prospective client that I have been talking to for a few months. I was scheduled to meet with them the last time I visited China but a cancelled internal flight put paid to that idea. I was delighted to get a second chance and even happier when the client suggested we met at a restaurant over lunch rather than at the SNIEC.

I love Chinese food but up to this point had only eaten in the hotel. I left the ordering to my client and in between mouthfuls of dumpling and hot pot agreed on a scope of work to begin our partnership in the UK. I have not had many better meetings than that!

Today’s the day I go and explore the B2C part of the conference, and as soon as I set foot into the first of the B2C conference halls it is clear that this is nothing like the B2B experience of yesterday. Or indeed, nothing like anything I have ever seen before.

The stands are huge, the music is loud and the crowd is loving it. This part of the show is open to the general public and admission is cheap. I was told there were 50,000 people there and I can believe it.

One thing is clear. It is all about e-sports. Every stand has live tournaments being shown on huge screens and crowds of thousands spectating. The lines between broadcast and gaming have blurred so much in Asia as to become practically indistinguishable. Games companies broadcast their events online and become media owners themselves.

Traditional TV, especially in China, is useless if you want to reach gamers. The power players here are Tencent, Perfect World, Baidu and more. It’s amazing to be there and see it all first hand.

Each stand has at least a dozen models whose job it is to attract attention to the stand. Nothing unusual there. What is slightly unexpected is that the attire of choice for these models seems to be wedding dresses.

There may well be some gaming related reason for this, but spending an afternoon in a Shanghai conference hall with 50,000 teenage gamers and hundreds of Chinese women in wedding dresses will definitely go down as one of the more unorthodox days at work I have ever had.

As with all conferences of this size there are a number of social events and parties going on each night. Tonight is one of the bigger ones. A party thrown at the exclusive M1NT nightclub on the 24th floor of a high-rise office block in Huangpu. Sponsored by AppsFlyer, AppAnnie and Ironsource I get back to my hotel, grab a shower and get over there.

The venue and the music are pretty much the same as you would see anywhere but the view from the 24th floor is spectacular. I spend an hour or so talking, or shouting is probably more accurate, with some industry friends of mine before heading back.

With all of my scheduled meetings done today is the day I go and check out the conference.

Held over Friday and Saturday, the speaker line up looks great. I couldn’t get to it yesterday so I make sure I am there for the start of the Saturday session. All the presentations are in Chinese so I get to wear a pair of headphones with a live English translation. I feel like I am at a meeting of the United Nations. The presentations are interesting, but again I feel like I have heard a lot of it before.

Every now and again though a presenter will quote a statistic that reminds me of the size and scale of the Chinese market. One of the speakers represented the company responsible for all the digital advertising opportunities across the major Chinese public transportation systems. He claimed that the daily reach of their media was 570 million!

For context the entire population of the European Union is 508 million. It’s statistics like these that make presenting Chinese businesses with a solution for the whole of the West, not just the UK is so important.

The UK alone is just not interesting enough for a lot of these businesses. The market size is too small and the cost of entry is too high.

Our strategy of becoming a truly global performance agency network is looking like the smartest way to go if we are to continue to grow our Chinese client base. And if we do that, I get to come back here again next year!