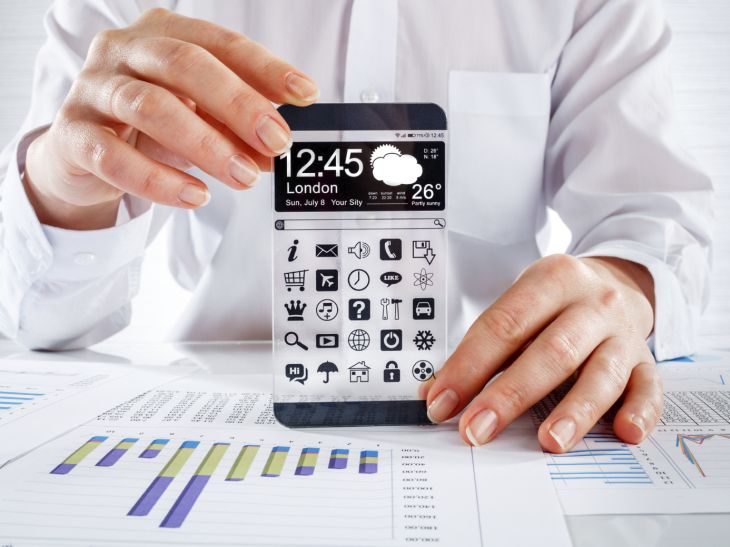 By Simon Holland | 2nd March 2015 | TechForge https://www.marketingtechnews.net/
Categories: Commerce, CRM, Customer Experience, Data-driven marketing, M-Commerce, Mobile Marketing,
Marketing Tech’s editor has more than a decade of editorial experience spanning computing, performance marketing and, currently, enterprise digital strategy. Simon’s career began in print, where he edited the news section of business computing title PC Plus and contributed to a variety of other special interest titles, including MacFormat and Computer Arts. He then made the transition to digital journalism, joining PerformanceIN where he covered a sector of the marketing industry where advertisers only pay on a performance basis. Most recently, Simon became editor at TechForge Media where he manages the editorial strategy of Marketing Tech and the company portfolio’s newest launch Connected Car.

Phablets recorded their highest volume of sales in the last quarter of 2014 according to a GFK study and it has caused the CRM software industry to sit up and take notice.

All of which contribute to conditions that are ripe for marketers, according to Arndt Polifke, Global Director of Telecoms at GfK, when taking into consideration the phablet’s own unique selling proposition.

“The phablet’s not-so- secret weapon is its screen size, perfect for consuming the media content people have become addicted to,” he said. “Phablets are all-rounders, fulfilling the combined roles of a smartphone and tablet – but for a lower price than just one of these devices.”

It is hardly surprising, then, that some of the top customer relationship management (CRM) companies are looking to capitalise on the increased real estate afforded by these larger phablet screens when developing their own software.

At the recent TFM&A event in London, MarketingTech was shown a sneak peek at the roadmaps of several CRM software developers and mobile support was a top priority for these companies over the next 12 months.

SugarCRM’s pre-sales engineer UK & Ireland Andrew Gittins explained how there was now a general consensus among marketers that it was becoming easier to work on mobile devices and his firm was having to react to this emerging trend.

“Historically this has always been designed very simplistically. Phones used to get smaller and smaller, but in the last year or so they have become much larger. We have had to react to this trend. Originally the mobile apps were very simplistic.”

Transitioning from the desktop

It was far from a simple port between desktop and native mobile app though. SugarCRM had to consider various design aesthetics that are now expected in an app as well as the evolving feature requirements of marketers.

“People just wanted to find a contact, find a phone number. Now they want detailed reporting on their mobile,” Gittins explained. “That’s the big change for next quarter. It is where CRM is moving – for everything to be on your phone.”

“We are trying to move people away from spreadsheets. People want dynamic data, they are used to colourful tableau interfaces that provide a very high-level overview of their world. All of this needs to be easy to understand and easy to personalise.”

Was the phablet behind this new wave of support for mobile? Gittins thinks it was partially responsible and when pushed he reluctantly said that, although it was not quite the size of a phablet, Apple’s latest iPhone shouldered its fair share of responsibility.

“The iPhone 6 has completely changed the market. The HTC One as well because it has grown in size too. People just want everything on their mobile, everything.”