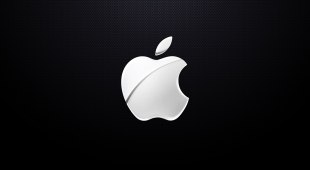 By James Bourne | 30th September 2013 | TechForge Media http://www.cloudcomputing-news.net/
James is editor in chief of TechForge Media, with a passion for how technologies influence business and several Mobile World Congress events under his belt. James has interviewed a variety of leading figures in his career, from former Mafia boss Michael Franzese, to Steve Wozniak, and Jean Michel Jarre. James can be found tweeting at @James_T_Bourne.

Apple has been named the world’s most valuable brand by Interbrand, bringing to an end Coca-Cola’s 13 year unbroken stay at the top of the chart.

A relative lack of growth in brand value was what did for Coca-Cola according to Interbrand, the beverage supplier attaining a growth of just 2% compared to Apple’s 28% and Google’s 34%.

So why has the brand consultancy seen fit to give Cupertino the top spot?

First on the agenda was Apple’s ability to get consistent wins “day in and day out”, according to Nirm Shanbhag, writing on the Interbrand website.

“In the spirit of Steve Jobs’ classic “and one more thing” product reveals, these consistent innovators are always seeking to identify tomorrow’s problems and solutions today,” Shanbhag wrote.

“That’s essentially what the tech sector is about; finding real problems, solving them, and then repeating the process. What’s more, we expect such brands to do this, and we become frustrated when they don’t,” he added.

There were only three new entries to this year’s ranking; Discovery at position 70; Duracell at 85 and Chevrolet at 89.

Yet Apple’s rise is the big takeaway from the study. When the rankings were debuted in 2000, Coca-Cola was of course #1 whilst Apple was ranked at a lowly #36.

The timing of this news has also been interesting, especially when one considers Apple’s recent stock, in particular to the release of the iPhone 5C. Apple CEO Tim Cook told Bloomberg that he hadn’t been pleased to see his company’s stock slide on occasion, yet saying: “I don’t slit my wrists when it goes down.”

Interbrand, however, sees it differently.

“Every so often, a company changes our lives – not just with its products, but with its ethos. This is why, following Coca-Cola’s 13 year run at the top of Best Global Brands, Apple now ranks #1,” said Interbrand global CEO Jez Frampton.

“Tim Cook has assembled a solid leadership team and has kept Steve Jobs’ vision intact – a vision that has allowed Apple to deliver on its promise of innovation time and time again,” he added.

The figures show Apple and Google in a two horse race – where have we heard that before? – with overall brand values of $98.3bn and $93.2bn respectively. Coca-Cola’s estimated brand value is way back on $79.2bn, with IBM hot on its tail at $78.8bn.

The full report findings can be found here. What do you make of the results? Is Apple a fair contender to take over Coca-Cola’s crown?