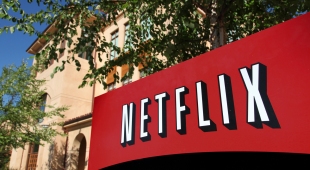 By James Bourne | 18th September 2013 | TechForge Media http://www.cloudcomputing-news.net/
James is editor in chief of TechForge Media, with a passion for how technologies influence business and several Mobile World Congress events under his belt. James has interviewed a variety of leading figures in his career, from former Mafia boss Michael Franzese, to Steve Wozniak, and Jean Michel Jarre. James can be found tweeting at @James_T_Bourne.

The past couple of days have held a few interesting developments in TV consumption, with Netflix changing the wording of its company vision statement, and Hulu announcing a programme share deal with BBC North America.

The change to Netflix’s Long Term View wasn’t announced by the TV streaming provider, yet was picked up on by analysts who note a more confident approach to Netflix’s business operations in the statement.

“Over the coming decades and across the world, Internet TV will replace linear TV,” the statement opens. “Apps will replace channels, remote controls will disappear, and screens will proliferate.

“As Internet TV grows from millions to billions, Netflix is leading the way.”

It’s certainly a statement of intent – and it makes a change from the previous opening: “The linear TV model is ripe for replacement”, as reported by TelecomsTech back in April.

There are other changes. The addition of the sentence: “This helps both retention and acquisition of members in a way that previously seen series do not” is in relation to more original programming in the face of Netflix’s monetisation strategy, whilst the Long Term View also takes into account a wider field of competition: “linear networks, DVDs, other internet networks, video games, web browsing, magazine reading, video piracy and much more”.

The overall effect, apart from the gradual decomposition of the linear TV model, appears to be a push towards a HBO-styled model. Throw Amazon into the mix as well and you’ve got a very interesting battle for market share ahead.

That’s not forgetting other players in the market, however; and with almost perfect timing, Hulu has announced a deal with BBC’s North American division to provide Doctor Who, Sherlock and other British staples to screens across the globe.

However the content – which comes in at over 2000 episodes of television – is not exclusive to Hulu.

This makes an interesting change for the company, choosing instead to invest in new content after a tricky couple of quarters, in which they were nearly sold to a variety of bidders, including Yahoo, DirecTV and Time Warner Cable.

Whether this is the right strategy for Hulu remains to be seen. But what do you make of these updates?