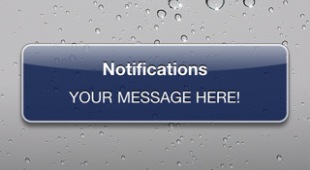 By James Bourne | 4th October 2013 | TechForge Media http://www.cloudcomputing-news.net/
Categories: Advertising, Social Media Marketing,
James is editor in chief of TechForge Media, with a passion for how technologies influence business and several Mobile World Congress events under his belt. James has interviewed a variety of leading figures in his career, from former Mafia boss Michael Franzese, to Steve Wozniak, and Jean Michel Jarre. James can be found tweeting at @James_T_Bourne.

“A young life snuffed out at the hands of an unfit owner. You’ll pay for this on judgement day.”

So the My Pet app abruptly tells its users if they sufficiently neglect their animal friends, having given warnings such as “You are so horrible…you are the worst owner I’ve ever had.”

The concept isn’t a new one, going back to the days of Tamagotchis. But that’s not the problem.

It’s easy to put two and two together to work out the age of the average My Pet user. And, as Twitter user @simply_louby complained, it was hardly appropriate content for her nine year old daughter to be receiving.

Mobile marketing provider Urban Airship has released a document showcasing the best and worst practice for push notifications, and comes up with the following no-nos:

What do you make of these findings? Which push notifications push you over the edge?