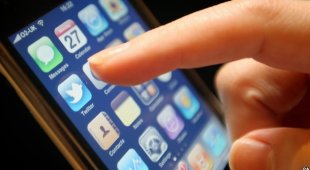 The growth and use of mobile technology around the world is dramatically increasing, therefore it is critical that businesses understand not only why user’s mobile conversions are happening, but also how and where.

With this in mind, Google teamed up with Nielsen to analyse over 600 mobile searches and their actions. The study drew precise and measurable connections between mobile searches and online and offline conversions, turning up some interesting findings.

The research for the Mobile Search Moments report was collected from 426 consumers who were asked to log their mobile searches for two weeks in a smartphone diary app, following up each mobile search with an email asking for the results of that search, and at the end of the it, all users was asked to conduct an exit survey.

Here are some of the findings from the study:

77% of mobile searches were conducted from home or work

Mobile has become one of the preferred search tools of internets users, as the report highlights ‘77 percent of mobile searches taking place during the study period took place at home or at work’.

One of the key reasons why users were picking up their phones instead of their laptops was because of the ability to search quickly on a mobile devise, compared to sitting down and firing up a laptop or tablet computer.

From the study it was identified that 59 percent of mobile searches occurred after 3pm, which most likely occurred during working hours.  Between 8pm and midnight 22 percent of searches were likely to have been undertaken at home or on the go (Transport, shopping, gym, etc…).

55% of mobile search conversions happen within one hour

Surprisingly, three out of four mobile searches triggered additional actions; 7% of searches led to a call, 17% to a purchase, 17% to a store visit, 25% a website visit and 36% of additional research.

Google and Nielsen expressed that marketers had a limited time to take action on mobile searches, as 55 percent of conversions happened within one hour and 63 percent of all follow-up actions, including conducting more research or sharing information from a search.

After an hour had passed, marketers had to act within given hours for the next opportunity, as 81 percent of conversions and 84% percent of searchers all followed up on previous actions.

One useful note for markets was that 45 percent of mobile searches conducted were done to help users make decisions, and users in stores using search for decision making were more than twice as likely to make a decision relating to purchasing.

The study found that 45 percent of all mobile searches were goal oriented and conducted to help make decisions, in store, at home, at work and on the go, putting users in the driving seat of research in terms of competitor analysis. As users are becoming more confident in search, adverts are leading the way on providing customers with accurate and update information.

As global internet usage increases, businesses trading online should be encouraged by the findings that more users are taken to the web, on the go, at home and at work, providing businesses with greater trading opportunities. Considering that products and shopping based searches have a higher number of follow-up actions per mobile user, beauty, auto and travel have the highest follow up rates in the study.

As mobile search has integrated into the decision making process, businesses around the world should invest more time, resources and effort into developing mobile search and search capabilities.