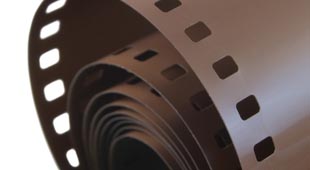 By Chris Bunyan | 17th January 2012 | Localstars http://www.localstars.com/
I joined the Localstars team in January 2011 as managing director. Prior to this I was the director of Trinity Mirror’s digital division, responsible for over 200 newspaper and classified vertical websites. Before Trinity Mirror I was director of portal management at cable broadcaster Virgin Media.

Online video advertising is  one of the fastest growing areas of digital marketing, with spend on video based display advertising nearly doubling between 2010 and 2011 to £45 million.

This is hardly a surprise given  the power of video to engage audiences and increase brand recognition and sales.  And most experts predict that growth in this area will continue in 2012, with opportunities for small businesses as well as major brands.

If you are a small business and don’t already have the content for your digital video ad, there are now a growing number of video production companies that can shoot and edit video at affordable rates. And digital advertising agencies are now increasingly familiar with developing campaigns involving video. And automated creation services are emerging that particularly target those looking to reach local audiences on a budget.

What are the choices?

While the formats for video adverts are still evolving, it is useful to understand that there are essentially two main groups; ads that run inside other video content – called in-stream ads – and standalone ads (also known as in-page ads).

In-stream ads, can be divided further into pre-, mid- or post-roll, depending on whether they are placed before, during or after the actual video content you may be watching – from catch-up TV services, to videos on news sites and, of course, YouTube. These ads are akin to TV ads in that they ‘interrupt’ whatever the viewer is watching.

In page ads are different in that they appear in a fixed size and placement on a web page. They are commonly designed to fit IAB standard ad sizes, such as rectangles, skyscrapers and leaderboards.

Small businesses often want to target local audiences and as local newspaper web sites have sought to expand their digital advertising products, many  have introduced video advertising. More often than not, these online publishers roll up the fee for producing the advert into the cost of delivering it to an online audience, which can be a very cost effective method of getting involved with video.

And for those who want to gain the benefits of video while keeping spend to a minimum, some local publishers and online directory sites are turning to new automated video creation services that can create a 15 second ad using professionally shot library footage. This type of service is often specifically targeted at smaller businesses. So whether the advertiser is a skip hire company, a car dealer or a florist they can select an appropriate short video and personalise it with logo and contact details – without having to invest in shooting any original video footage.

To help target a local audience, Domino’s Pizza franchisee Anil Patel promoted his Cosham and Portsmouth sites. by commissioning a full video ad campaign through the www.portsmouth.co.uk site of The News in Portsmouth, part of Johnston Press. The campaign was delivered through Johnston Press’ partnership with digital and video advertising specialist Localstars, which provides cost effective, regionally targeted video advertising to smaller businesses as well as large brands.

Domino’s opted for a bespoke advert shot by Localstars, as it wanted to create something different and focused on its local stores, with actual staff appearing in the advert. Over the course of the 31 day campaign, over 56,000 different people viewed the advert, which was played over 100,000 times. Domino’s saw a corresponding upsurge in traffic to its online sites with web visitors growing by 2.3%. Given that the campaign ran in a traditionally less busy time this delivered an immediate bottom line impact. Additionally, online customers tend to spend more, so the campaign saw an increase in the average order size for the stores involved. Moving on from the campaign Domino’s was able to use the video across its marketing programme – from nightclub promotions to its website and Facebook pages, prolonging the life of the asset and maximising return on investment.

Moving into 2012 reaching local audiences is critical for marketing managers in companies of all sizes. The power of video advertising has the potential to cut through the noise and deliver real impact.