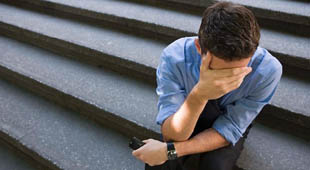 By Matt Henkes | 16th January 2012 | Tech Portfolio http://www.cloudcomputing-news.net/
Covering tech trends across a number of key sectors, including telecoms, apps, marketing and IT, Matt is Editor in Chief of Tech Portfolio. Contact him via twitter @MattHenkes

A UK student unwittingly found himself at the centre of a media storm after his psychology research into smartphone use appeared to strike perilously close to the mark, raising questions about how businesses and individuals utilise connectivity, and the effects it can have on peoples’ well being.

Richard Balding’s study, submitted to the British Psychological Society, investigated the link between smartphone use and stress. It was picked up by a number of media organisations after it found that people who regularly check their phones for messages or email were significantly more stressed than those that didn’t.

The research also found that people become so obsessed with checking for messages, that those who don’t receive anything become more stressed, with some experiencing ‘phantom vibrations’, mistakenly feeling their phone buzz despite, or perhaps because of, the fact that no one wanted to talk to them.

Round the clock connectivity may be great for business efficiency and productivity, although not so useful for maintaining a healthy work-life balance and ensuring you have consistently motivated, engaged employees. German automotive giant VW finally bowed to employee pressure in December and stopped its Blackberry servers from sending business email outside of work hours.

Under the new policy, employees won’t get any email from the company from 30 minutes after they leave the workplace, to 30 minutes before they return for their shift.

Last year Thierry Breton, chairman and CEO of the IT services giant ATOS, went a step further stating that his company would be going email free by 2014. Employees were spending hours of their lives on email, he said. And while he has since been rather quiet on what exactly his firm will use to replace it, the move does reflect a growing awareness of the potential negative effects of 24/7 connectivity.

“It is clear that businesses that issue smartphones to workers should be taking the precautionary step of documenting the fact that individuals have opted to use them within reasonable limits,” she said. “Smartphones are viewed by many users as a work-related benefit and this is positive. However, they can also bring significant changes to work patterns and employers should ensure that workers are aware of this at the point that they accept them.”

“Ultimately, the smartphone is a tool which can assist workers to manage the demands of their job outside the confines of their office environment,” she added. “But stress-related claims arising from use or abuse of such technological devices has to be a key consideration.”

As awareness of this issue continues to grow, expect a slew of studies into the effects of constant connectivity, exposure to work-related stress and nervous tension as 2012 progresses. Common sense suggests what many of these studies might say… How often do you experience phantom vibrations or smartphone message related stress, do you make a point of disconnecting on a regular basis?