The 10 Worst Marketing Campaigns in History!

Marketing is as much an intuition as it is a science. While research, data and technology drive successful marketing campaigns these days, the most memorable campaigns are those that rely more on intuition. A data driven campaign is smart business and mitigates risk, but an intuitive campaign often stands a better chance of being memorable and setting a new standard. However...it also stands a better chance of ruining careers and making a brand an industry laughingstock. While everyone has their own favorites, below are my picks for the 10 WORST marketing campaigns of all time.

"Taking a page from Calvin Klein’s book, the fragrance line from Tom Ford decided to screw subtlety and launch a 2007 campaign that consisted solely of a woman with her legs spread wide, the only thing separating you from her special place being a bottle of their scent. Not sure what the message is, but the first thing that occurs to us is, 'This fragrance smells exactly like what it is covering up.'"1

Sorry, I don't even feel comfortable showing the image used in this print campaign.  I have a young child.

9. 7-Up Suggesting Feeding Babies the Soft Drink instead of Milk

"In the 50s, Seven-Up ran an ad that suggested mothers give their babies Seven-Up instead of milk or formula. It shared information about its pure and wholesome ingredients that were supposedly good for babies, and suggested mixing milk with Seven-Up to encourage drinking."2

Is that what happened to me? Oh wait, I wasn't born yet. Must have been something else!

"Named after Henry Ford's so, the Edsel automobile launched on "E Day", September 4th, 1957 with much fanfare and hype. Featuring "Teletouch" steering wheel electric gear-shifting, self-adjusting brakes, and a nifty speedometer redesign, the Edsel failed to resonate with consumers. People still debate the exact reasons for the failing but the general consensus is that Ford didn't have its finger on the pulse of what Americans wanted. Maybe consumers were put off by statements like, "There's even the luxury of Edsel air suspension. It's just like riding on air, because you are." Whatever the cause, $400,000,000 worth of development was blown in two years when the Edsel was discontinued on November 19th, 1959."3

Personally, I think it was just the name. Who names anything "Edsel"?


"When General Motors teamed up with NBC's The Apprentice to promote the Chevy Tahoe SUV in March 2006, somebody had a brilliant idea. Why not let viewers build their own commercials on the Web? Promotional spots on the show directed viewers to ChevyApprentice.com, where viewers could build ads using GM-supplied video and music and adding their own creative text. (That URL now just redirects you to the Tahoe site.)

But instead of loving paeans to urban assault vehicles, hundreds of videos appeared portraying the Tahoe as a gas guzzling, safety-challenged ego enhancement for environmentally irresponsible dorks with diminutive sexual organs. After a couple weeks of abuse, GM scrubbed the videos from its site, but many live on at YouTube." 4

Yes...try to control the internet. Hey isn't Sweden trying something like this right now with Twitter? Goot luk! 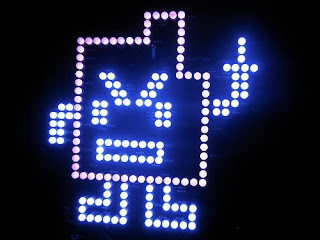 “In January 2007, Turner Broadcasting System Inc.'s promotion of its TV show Aqua Teen Hunger Force, which featured small electronic light boards with one of the series' characters, triggered a bomb scare in Boston.” 5 The little critters also appeared to be flipping the bird.

Someone actually thought this was a cute idea.  Sorry…not all PR is good PR.


5.  Coors “Code Blue”
"Coors's online adventures started with a beer commercial built around its new temperature-activated bottles. When the mountains on the Coors label changed color, excited Coors fans in the ad send "Code Blue" text messages to each other, indicating it's time for a cold one. The idea looked so cool on the commercials that Coors wanted people to do it in real life, until the company discovered that "text-messaging elaborate 'Code blue' alerts as shown in the commercial using mobile devices would not currently be technologically feasible" (according to the New York Times).

Instead, Coors poured money into the Web, creating Facebook and MySpace pages that allowed Coors fans to send ‘Code Blue’ alerts to their pals. Apparently, Coors has never heard of Twitter.”  6

This is a personal favorite of mine, but not for the online component.  It’s such a stupid idea because apparently unlike Coors drinkers, I can tell when a beer is cold just by touching it.  I must have super powers! 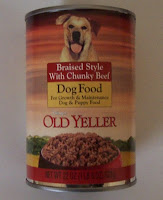 For those of you not old enough to remember the classic Disney tale, Old Yeller, it’s a heartwarming story about a boy and his dog.  However, when Disney decided to launch a dog food named after the title character, the folks inside Cinderella’s castle seemed to forget that at the end of the movie the little boy has to SHOOT OLD YELLER IN THE HEAD!  There isn't a child or mom in America who didn't cry at the end of that movie.

Disney has always set the standard for marketing, but they definitely missed the target (so to speak) on this one! 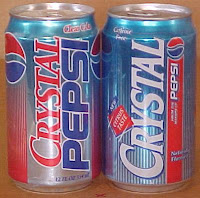 Before you get to my #1 worst marketing campaign of all time (did I just give it away?), remember the 1992 Crystal Pepsi campaign?  Someone at Pepsi decided that consumers might think the soda tastes better if it was clear.  That’s right, nothing changed except the color…the very traditional color of cola with its 80+ year history and tradition.  I can’t remember how long it was on the market, but it wasn’t long enough to get me to buy any. 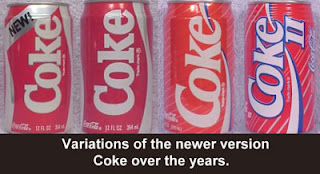 "New Coke tampered with a century old formula that, despite falling market shares, still resonated soundly with the public. What made New Coke such a bad marketing idea is that it essentially celebrated 100 years of a popular product by throwing out the formula people had grown to love and replacing it with something unproven.

Its creation was an inadvertent admission that its primary competitor Pepsi had won the “cola wars,” something the Choice of a New Generation quickly took advantage of when doing battle with the soda pop originator."8

This was such a classic blunder that many people still question whether it was real or contrived and that Coke's hidden objective was to steal some Pepsi market share with NEW Coke,  then get all its original fans back by adding Classic Coke back to its portfolio. Sorry folks, even Coke isn't willing to take that big a risk!

Let me know what you think and if you have any to add. I had to eliminate a lot of good "bad" campaigns to reduce the list to just 10.


*The opinions shared on this blog are solely those of its author and do not necessarily reflect the views or opinions of Goodwill of Greater Washington, its affiliates or supporters.

HI! Im a student of advertisement and public relations. I have to do a work about the worst marketing campaigns that made a brand go down, so I'll really appreciate if you could give me some instructions.

Thank you very much, Patricia.

On the Mark Blog

One marketer's opinion on marketing news & trends. Brendan has 20 years of marketing experience in both the for profit and nonprofit sectors. His marketing strategies have been featured in the New York Times, Washington Post, on CNN, FOX News, MSNBC, NPR and used as case studies at universities around the country. In 2011 Brendan was recognized as the National Nonprofit Marketer of the Year by the American Marketing Association, and in 2010, Brendan was selected as one of the "Top 20 CMOs" by SmartCEO Magazine.