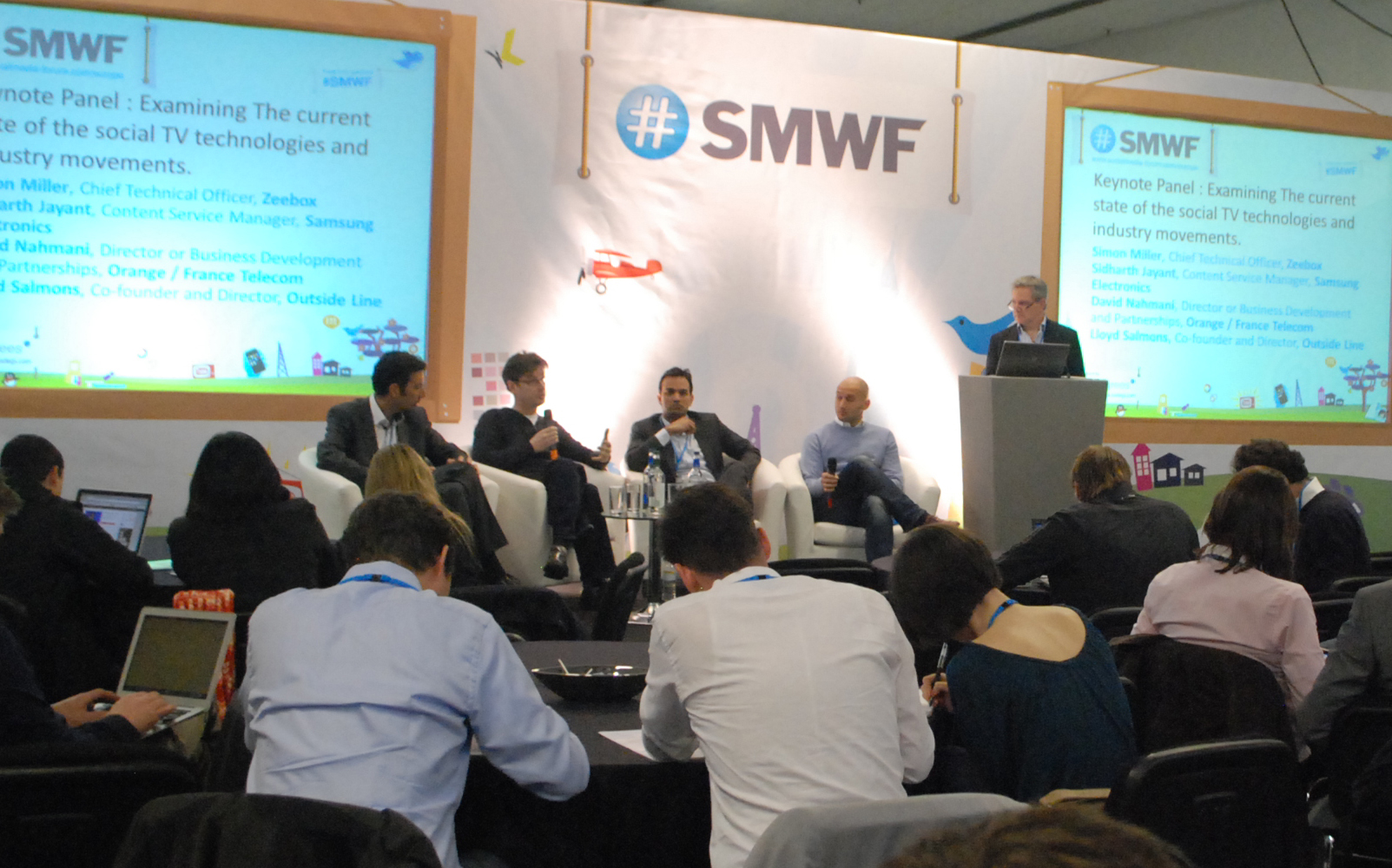 By Dani Millward | 3rd April 2012 | Marketing Tech News
Covering a range of topics within key technology sectors, including apps, development, marketing and IT, Dani is Online Editor of Marketing Tech. Contact her via Twitter on @Dani_Millward

The Social TV track in #SMWF last week kicked off with a great keynote panel examining the state of social TV and the changes going on in the industry.

Lloyd Salmons started off the conversation, explaining how audience behaviour is a must when working with social TV. With technology constantly enhancing, people will use it in very different ways. Broadcasters, ad agencies and brands will need to look at how they can capitalise that and draw in a bigger audience.

One way of doing this is to make TV experiences richer. But how do you go about this? You need to give the audience a chance to broadcast what they’re saying and allow their opinion to be heard.

He said: “When you make a TV experience richer, the audience becomes more engaged, which means that people are going to stick with shows longer, spend more time with that show, which in turn, for the broadcasters and content producers, brings more revenue.”

However, Simon Miller from Zeebox found that not everyone wants their TV experience to be social, claiming they want a ‘private experience’ due to television being mainstream. Instead, they prefer information-led technology for television. Rather than just sharing opinions with others, consumers want to be able to gather information on what they’re watching.

Simon said: “We interviewed 6,000 people, and half of all people don’t want social. It doesn’t mean that it won’t get social but any proposition that pins itself to just being social, is not going to work. The most important things we found from consumers are how to find more information on what consumers are watching, and where to buy what is on the television.”

The conversation quickly led on to the use of second screen technology. Different experiences can be created through second screen, and broadcasters need to figure out which way to go in order to keep viewers interested.

Simon continued: “It’s more obvious to me that, if users are using second screen already, they’re using your device to remote control their television, then you’ve got them there. The only question is, once they’re there and watching your show, what do you do with it?”

Whilst more people preferring to use touch screen devices for second screen experiences, Sidharth Jayant from Samsung believes that second screen should involve ‘innovation and integration with what is being watching on TV’ in order for it to be effective. Broadcasters and producers need to keep their main focus on TV, before adding other aspects to it, including social.

David Nahmari from Orange said: “People have been playing with television for 50 years […] People like to play and have fun with TV, and that’s part of the equation.”