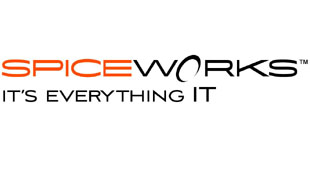 By Matt Henkes | 19th December 2011 | Tech Portfolio http://www.cloudcomputing-news.net/
Covering tech trends across a number of key sectors, including telecoms, apps, marketing and IT, Matt is Editor in Chief of Tech Portfolio. Contact him via twitter @MattHenkes

For those in the IT profession, Spiceworks is a well known brand. For everyone else, it’s a brilliant example of a niche social network that drives phenomenal engagement among its users.

How has a niche online IT community generated engagement impressive enough to make the like of 500 key tech brands, including Microsoft, Google, Dell, HP and Rackspace, sit up and take notice?

“We’ve built what some have called, a Facebook for IT. But initially it wasn’t about them meeting up and chatting about their personal lives. We said, let’s create the iTunes of IT management, something that they could download and install on their network in 5 minutes.”

IT professionals, however, are notoriously difficult for marketers to reach. A traditional, paid for product was liable to struggle to be noticed by time poor IT professionals, where there was no established platform to reach these people.

Spiceworks took the radical step of giving their app away for free and monetising it like a consumer web app using relevant ads. “That was the idea that got started, to make it an ad-based IT management application,” says Hallberg. “And it took off like wildfire!”

Once the platform had attracted a sizeable user base, the Spiceworks team began to notice users congregating to form their own community. Initially, this occurred around a simple feature request system, based on Reddit, whereby users could post articles, vote items up and down and leave comments.

Over time the conversation developed. Users began posting questions and helping each other out; they started talking about general IT issues. “We threw something out into the wild, saw how it was used, and very quickly adapted to it,” says Hallberg. “We knew these IT pros were little islands in their companies; they didn’t have a network to communicate with each other. But in the beginning, we didn’t have a way to solve that problem.”

By early 2007, the team had seen enough to realise that they now had the answer.

Spiceworks now delivers over 400 IT groups, hosting around 90,000 active discussions, serving roughly 28% of the world’s IT professionals, and adding another percent every month.

Spiceworks generates 50 million more engagement minutes per month than LinkedIn, with only an 80th of the user base, chiefly because of the direct link it establishes between the professional community and the useful applications it provides its members for free. IT professionals are actually using it to do their job, day to day.

“Because it’s all IT, the content is universally accessible,” says Hallberg. “At the crux, in terms of driving such engagement, if you build tools that are relevant to someone doing their job, engagement will go off the chart.

“Over time you’ll continue to see more of these vertical networks and platforms that drive incredible engagement and incredible opportunities,” he adds. “Not just for advertisers, but also to drive commerce to that particular industry.”